The two countries are considering three sites for the potential summit. 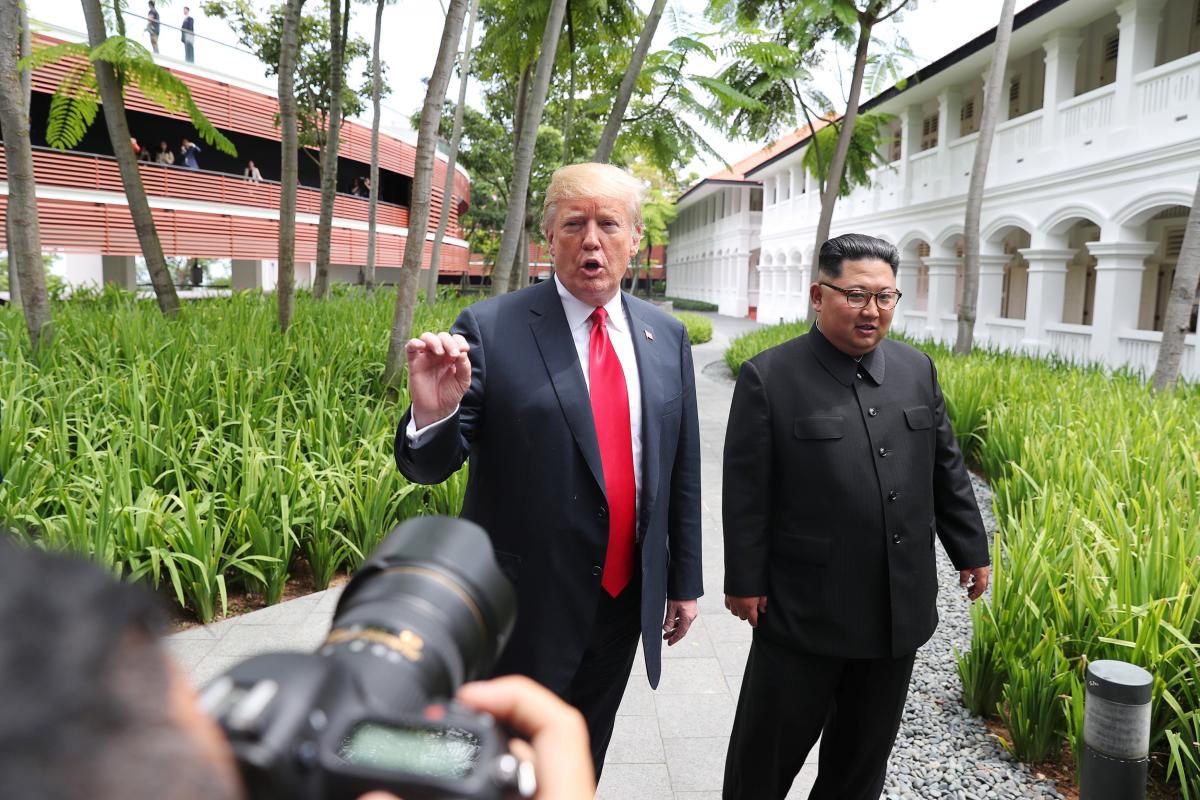 "We're getting along very well," Trump told reporters aboard Air Force One during the return trip from the G20 summit in Buenos Aires, Argentina, CNN reported.

"We have a good relationship with Kim," he said.

The first Trump-Kim summit took place in June in Singapore but Trump has said the next meeting will probably take place at a new location.

The two countries are considering three sites for the potential summit, Trump said on Saturday, but he did not offer up details about where those sites were.

When asked if Kim would come to the U.S. for a visit apart from the second summit, Trump said "at some point" he will.

Speaking to reporters onboard a flight to New Zealand following the G20, South Korea's President Moon Jae-in said Trump had asked him to pass a message to Kim, should the North Korean leader visit Seoul this year.

Moon said on Sunday that Trump told him he had a "very amicable view" of Kim and that he wanted to "implement the rest of the agreement."

The Singapore summit ended with the two sides signing a vaguely-worded agreement committing to a new relationship and the denuclearization of the Korean Peninsula. In exchange, Trump agreed to "provide security guarantees" to North Korea.

Moon said Kim's visit to Seoul was not yet confirmed to take place this year and the timing "depends on his decision."

Trump and Secretary of State Mike Pompeo have publicly discussed a possible second meeting with Kim multiple times but talks with North Korean officials appeared to have been stalled.

Washington and Pyongyang were locked in a diplomatic standoff for weeks over which side will make concessions first until U.S. officials relaxed its demands.

Last month, Vice President Mike Pence said the U.S. would not require North Korea to provide a full list of its nuclear and missile sites before Trump meets Kim again.

Rather than requiring a declaration of nuclear weapons sites as a prerequisite to a second meeting with Trump, Pence told NBC News that the administration would insist on developing a "verifiable plan" to disclose those sites while the two leaders are in the same room.

If you see a spelling error on our site, select it and press Ctrl+Enter
Tags:USATrumpNorthKoreameetingKimJongUn