Kopacz: Poland will not participate in conflict in Donbas 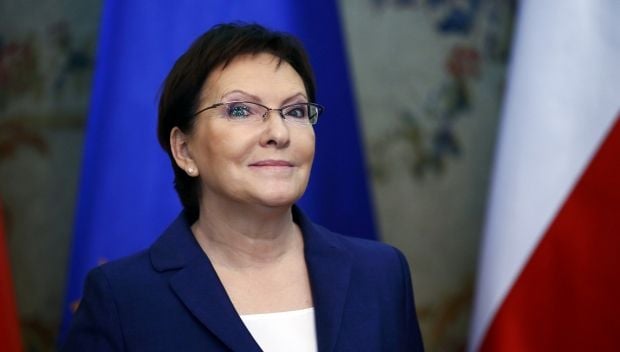 "I believe that the Poles deserve to be honestly, accurately and truthfully told that Poland is not going to be involved in any war,” Kopacz said, commenting on a statement by presidential candidate Andrzej Duda, who said last week that the Polish authorities "should think" about such an option.

Kopacz said she hoped that all the candidates in this year’s presidential elections in Poland share her position.

According Kopacz, Polish President Bronislaw Komorowski shares this point of view, "and definitely will not send anyone to war."

As UNIAN reported earlier, Duda, the presidential candidate of the largest opposition party Law and Justice, when commenting on a statement by a Polish politician that the Polish military should be sent to the Donbas, said it was "a difficult decision" and that Poland "should consider the possibility."

Under the Polish constitution, the Polish military can be sent into combat abroad by a decision of the president, but this has to be approved by the government.

On January 23, Polish Army General (retired) Waldemar Skrzypczak said that Poland cannot independently send its military to Ukraine because such decisions must be coordinated with other NATO countries. According to him, there are no reasons for such a decision to be taken.