Hundreds of French police and security forces had been searching for him. 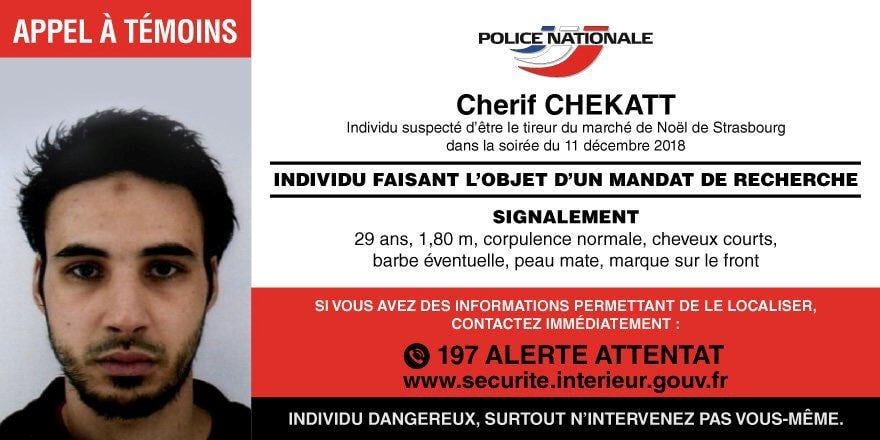 Cherif Chekatt had been on the run since the attack on Tuesday evening, the BBC said.

Three people have died following the shooting at the popular attraction and several more were seriously injured.

France Info reported that Chekatt was killed by police after he was found hiding in a warehouse in the Meinau area of the city.

The suspect had a string of criminal convictions and had become a radical Islamist while in prison.

Hundreds of French police and security forces had been searching for him.

Meinau is not far from the Neudorf district, where the suspect was last seen and where he lived.

A large police operation took place in Neudorf earlier on Thursday, but ended apparently without results.

According to French media, Chekatt was killed by police after opening fire on them. No police were injured, it was reported.

If you see a spelling error on our site, select it and press Ctrl+Enter
Tags:Franceshootingterroristactterrorist