Afghanistan was the deadliest country, with 15 reporters killed, followed by Syria, Mexico and Yemen. 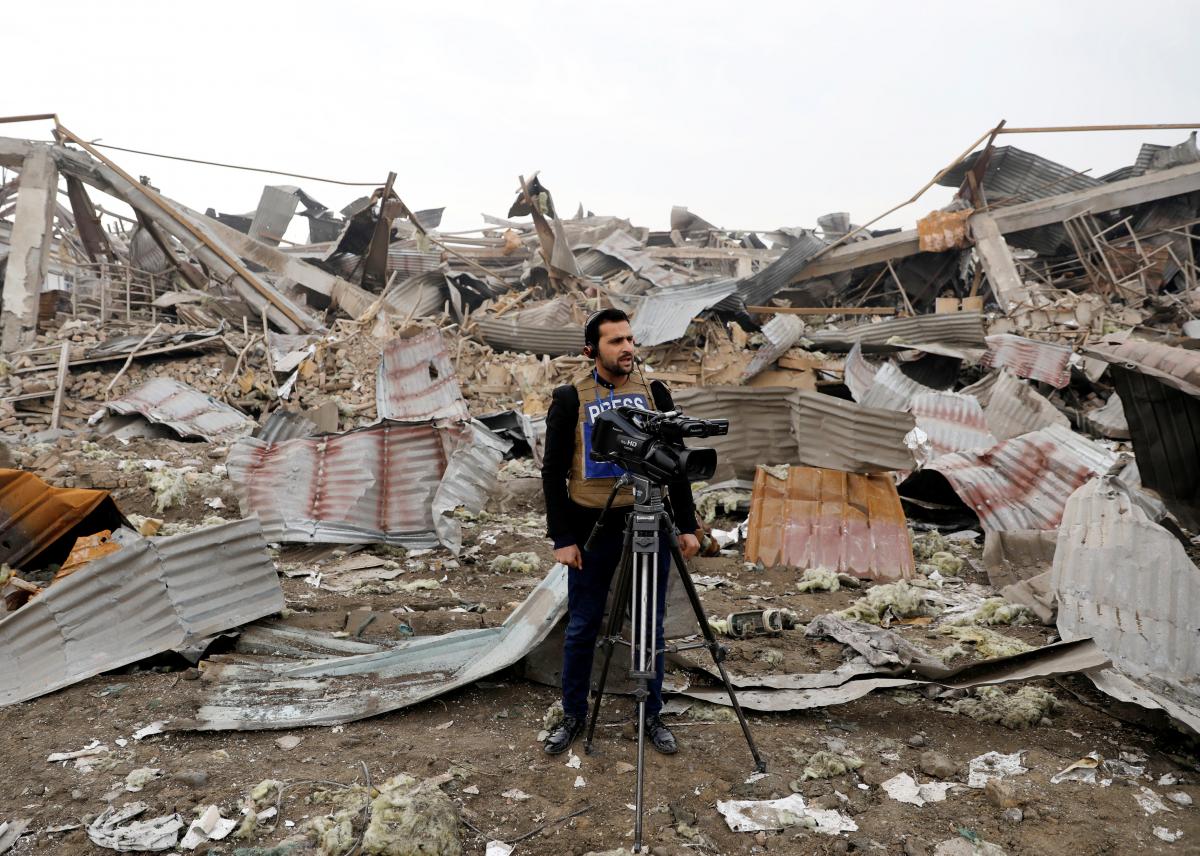 More journalists were killed, abused and subjected to violence in 2018 than in any other year on record, with those in the profession facing an "unprecedented level of hostility," a new report has found.

Murder, imprisonment, hostage-taking and enforced disappearances of journalists all increased compared to last year, according to Reporters Without Borders (RSF), who criticized politicians and public figures for encouraging disdain for the news media, CNN wrote.

A total of 80 journalists were killed – 61% were murdered or deliberately targeted for their reporting, while 39% were killed while reporting. The report also found that 348 reporters were being detained and 60 were being held hostage.

The findings further highlight the volatility faced by journalists across the world over the past twelve months, a period which has seen high-profile murders and imprisonments as well as verbal attacks on the news media by key global figures, including U.S. President Donald Trump.

"Violence against journalists has reached unprecedented levels this year, and the situation is now critical," RSF secretary general Christophe Deloire said in a news release accompanying the report.

"The hatred of journalists that is voiced, and sometimes very openly proclaimed, by unscrupulous politicians, religious leaders and businessmen has tragic consequences on the ground, and has been reflected in this disturbing increase in violations against journalists," he added.

The "shocking" murder of Washington Post columnist Jamal Khashoggi in October, which led to an international outcry, demonstrated "the appalling nature of the Saudi regime and Crown Prince Mohammed bin Salman's oppressive methods," the organization said. Saudi Arabia's Ministry of Foreign Affairs has previously said that Khashoggi's murder "does not reflect the Kingdom's policy nor its institutions."

The RSF report added that the high-profile killing of Slovakian journalist Jan Kuciak and the arrests of Reuters journalists Kyaw Soe Oo and Wa Lone in Myanmar demonstrated "how far some people will go to silence 'troublesome' journalists."

For the first time, the U.S. joined the list of deadliest countries for journalists in the annual report, with six reporters killed in 2018. Four journalists were murdered in a shooting at the Capital Gazette newspaper in Annapolis, Maryland in June, while two journalists were killed in May while covering hazardous weather in North Carolina.

Afghanistan was the deadliest country, with 15 reporters killed, followed by Syria, Mexico and Yemen.

If you see a spelling error on our site, select it and press Ctrl+Enter
Tags:violenceRSFjournalistsabusejournalistmurder