The leak came days after The Times published a list of names and photographs of eight reporters working for the Kremlin-backed Sputnik's U.K. bureau in Edinburgh. 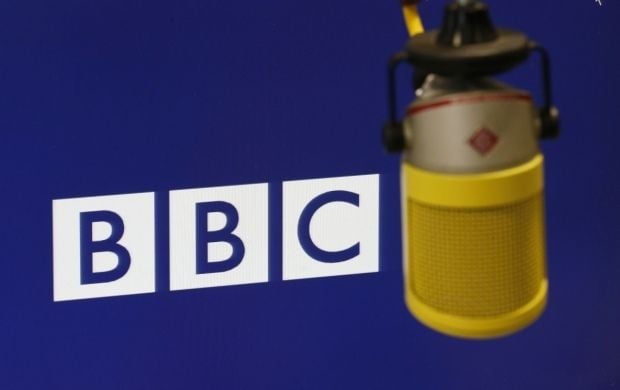 A list of BBC correspondents working in Russia has been leaked online after Russia's media regulator, Roskomnadzor, said it was checking the legality of the BBC World News channel's Russian operations and its websites.

The list of 44 journalists, most of them Russian nationals, appears to have first been published in the anonymously run For Mother Russia group on the VKontakte social network on December 25, Radio Free Europe / Radio Liberty (RFE/RL) said.

Hours later, the list of reporters – along with their photographs – appeared on the Russian site Pikabu, which resembles Reddit.

The leak came days after The Times published a list of names and photographs of eight reporters working for the Kremlin-backed Sputnik's U.K. bureau in Edinburgh.

The Russian Embassy in London reacted angrily, saying Moscow "will respond in kind."

The For Mother Russia group accused The Times of trying to put "psychological pressure" on Russian journalists and "discredit" them.

A BBC spokesperson expressed frustration at the leak.

"The BBC has strict editorial guidelines and has not published the details of journalists from other media organizations as there was no editorial reason or justification to do so. We are disappointed at the groundless publication of our Moscow team's details," the spokesperson was quoted by British media as saying on December 27.

The leak of the list of BBC journalists also came a week after Roskomnadzor warned the BBC it would launch an investigation into what it called the broadcaster's violation of impartiality rules.

Roskomnadzor said on December 21 that the goal of the verification was to establish whether the content of the BBC operation is consistent with Russian laws.

Roskomnadzor's statement came a day after British media watchdog Ofcom said it was considering sanctioning Russia's state-financed RT, saying it had broken impartiality rules in seven programs earlier this year, including coverage of the poisoning in Britain of former Russian spy Sergei Skripal and his daughter.

Britain blames the Russian government for the poisoning of the Skripals in the city of Salisbury in March. Russia has repeatedly denied evidence that its agents were behind the poisoning and accused British intelligence agencies of staging the incident to stoke what they called "Russophobia."

The BBC said on December 21 that it worked in full compliance with Russia's laws and regulations to deliver independent news.

If you see a spelling error on our site, select it and press Ctrl+Enter
Tags:Russiajournalistmediadataleak