The main goal is to draw public attention to the issue. 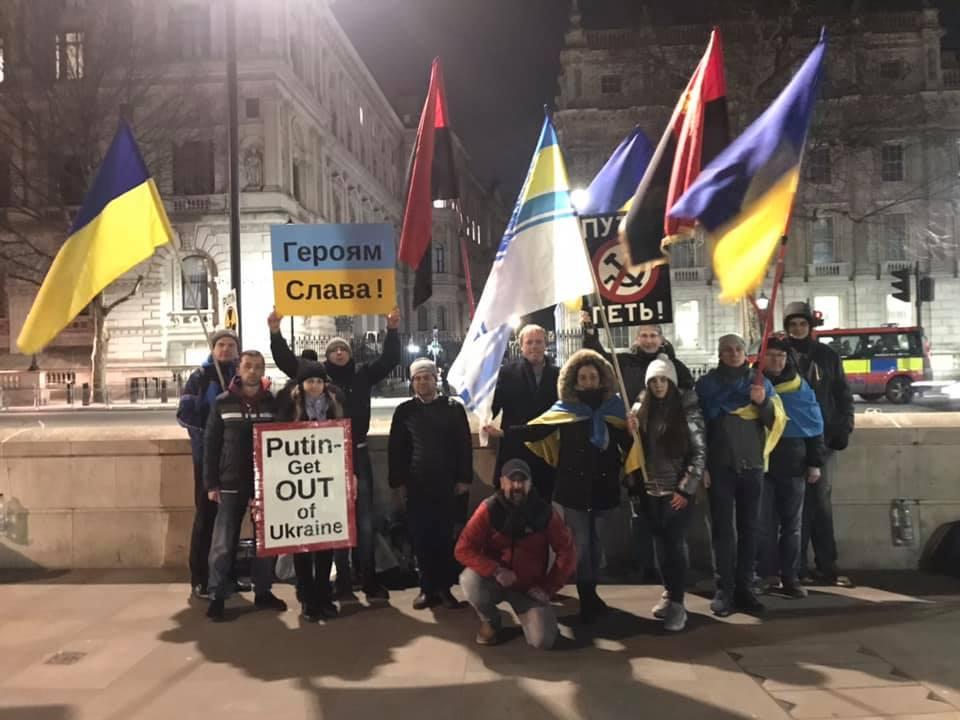 Ukrainian activists who live in Britain, on the evening of January 9, held a rally on London's Downing Street, protesting against Russia's aggressive policy toward Ukraine.

The activists said that the main goal of the protest is to attract the attention of British public to the ongoing Russian aggression against Ukraine, Hromadske reports.

“Brits don't know that there is war in Ukraine. This is because the newspapers no longer write about this; Ukraine has long been out of the news, so this is the only the way to remind is to go on a peaceful protest and tell people what's happening in Ukraine," said the leader of the Euromaidan. London NGO, Natalia Ravliuk.

The report says the activists have been holding actions in London's government quarter since the beginning of the Russian aggression in the Sea of Azov.

"We are pleased with the reaction. After we took to the streets, a British Navy ship arrived in Odesa in a show of support," one of the participants said, adding that she does realize this could be a pleasing coincidence.

"We are being heard and seen here," she concluded.

Activists insist on harsher sanctions against the Russian Federation and support for Ukraine.

“In our appeals, we always speak of turning off SWIFT, freezing the assets of Russian oligarchs who are close to Putin, providing military assistance to Ukraine, since Britain is a signatory to the Budapest Memorandum,” said Ravliuk.

It is noted that Ukrainians in Britain are drafting a letter of appeal to Theresa May on the need to provide aid to Ukraine and assist in the release of captured Ukrainians from Russia.

If you see a spelling error on our site, select it and press Ctrl+Enter
Tags:BritainLondonsanctionsRussianAggressionrallyKerchStraitactivists