The Belarusian leader believes the union of Belarus and Russia can grow only on an equal footing. 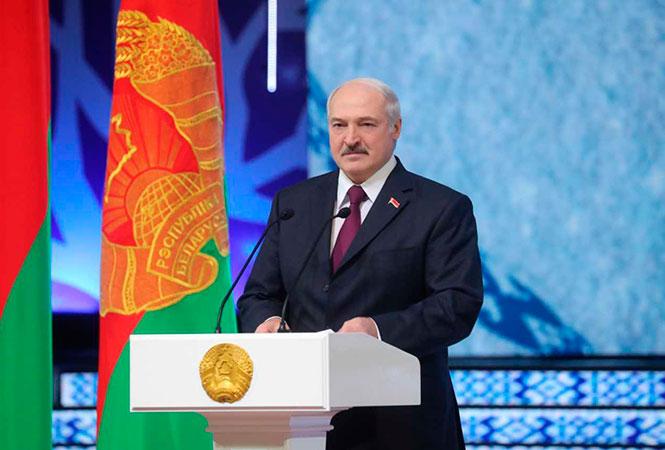 "Today there is too much talk about the unification of the two countries. I am analyzing the situation in our society and in Russia. Many questions are being asked about the autocephaly of our church in Belarus due to the church situation in Ukraine. I believe these questions are exceedingly stupid and far-fetched for the sake of discussion in our society," he said at a government conference held on Jan 10 to discuss the country's social and economic development in 2019 and approaches to further integration work, as reported by BelTA.

The president stressed that the unification of the two countries is not on the table. "The president of Russia and I have decided in no uncertain terms that there is no such thing as unification on the agenda today," Lukashenko said.

He added that the union of Belarus and Russia could emerge only on an equal footing. "Not because Lukashenko wants it this way, as the situation is presented in Russia, but because we are talking about the fundamental principles of building any union. There is no union without equality at its core," he said.

The Kremlin earlier claimed that there had been no discussions about "reunification" of Russia and the Republic of Belarus.

If you see a spelling error on our site, select it and press Ctrl+Enter
Tags:RussiaPutinLukashenkoBelarus