Authorities were on high alert in the French capital for a ninth consecutive Saturday of “yellow vest” protests. 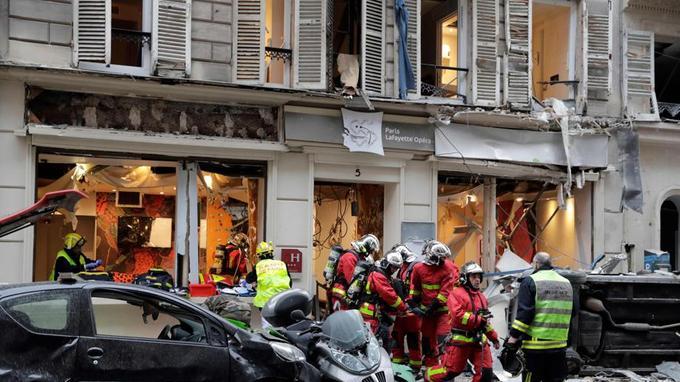 Le Figaro says there were a total of at least 20 people injured in the blast.

A police source said the explosion tore apart a bakery on the rue Trevise in the Grands Boulevards district, Reuters reports.

The force of the blast shattered nearby storefronts and rocked buildings hundreds of meters away, witnesses said.

“The situation is now under control,” Interior Minister Christophe Castaner told reporters on the scene. He said more than 200 firemen were involved in the rescue operation.

Police have urged commuters to avoid the area, according to Deutsche Welle.

More pictures of the chaos #Parispic.twitter.com/S0qaukJGgF

Authorities were on high alert in the French capital for a ninth consecutive Saturday of “yellow vest” protests, with large parts of the city center blocked off by riot police.

The update by Le Figaro says four were killed in the blast, while the number of injured rose to over 30.

If you see a spelling error on our site, select it and press Ctrl+Enter
Tags:FrancegasexplosionblastParis