The existence of the investigation into Ochsenreiter was first reported on January 17. 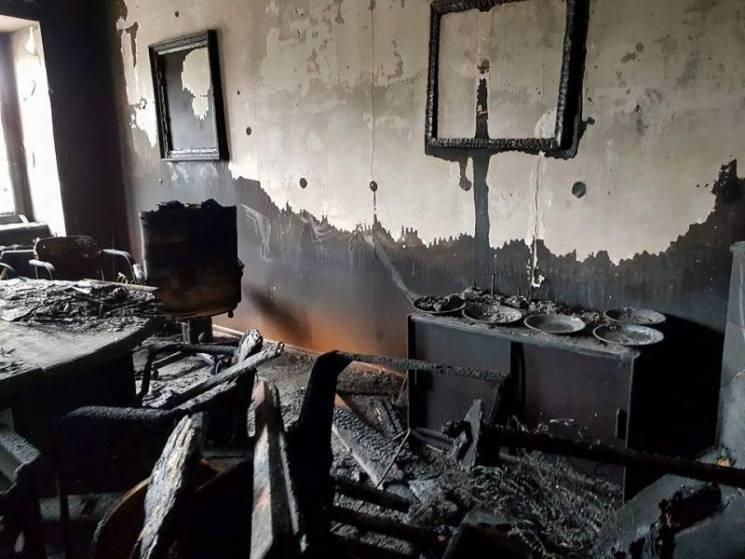 Berlin prosecutors are investigating a far-right German journalist who was implicated by a defendant in a Polish court of involvement in the firebombing of a Hungarian cultural center in western Ukraine last year.

The preliminary investigation into Manuel Ochsenreiter, a vocal supporter of Moscow-backed separatists in eastern Ukraine who has been interviewed numerous times in Russian state media, is based on "suspicion of serious arson," a spokesperson for the Berlin prosecutor's office told RFE/RL on January 18.

The existence of the investigation into Ochsenreiter was first reported on January 17 by the German newspaper Die Zeit, which cited its own "information."

The confirmation of the probe comes four days after a Polish defendant, one of three currently on trial for the February 2018 firebombing in the Ukrainian city of Uzhgorod, told a Krakow court that Ochsenreiter had directed and financed the attack.

The incident, in which no one was injured, and a similar attack weeks later fanned tensions between Budapest and Kyiv over a Ukrainian law that Hungary says infringes on the rights of ethnic Hungarians to receive education in their native language in Ukraine.

The suspects allegedly intended to make it look as if Ukrainian ultranationalists were responsible for the incident, which included the painting of Nazi symbols on the headquarters of the Hungarian Cultural Association in Uzhgorod, the capital of the western Zakarpattia region.

The three Polish defendants currently on trial all have had previous links to far-right political movements.

Ochsenreiter, who had worked for a member of Germany's parliament from the anti-immigration AfD party, denied earlier to RFE/RL that he had any involvement in the attack.

If you see a spelling error on our site, select it and press Ctrl+Enter
Tags:HungaryarsonUzhgorod