Targets struck by the IDF, which number at around 10 according to its statement, include weapons warehouses at the Damascus International Airport and in other locations, an Iranian intelligence site and an Iranian training camp in Syria's south. 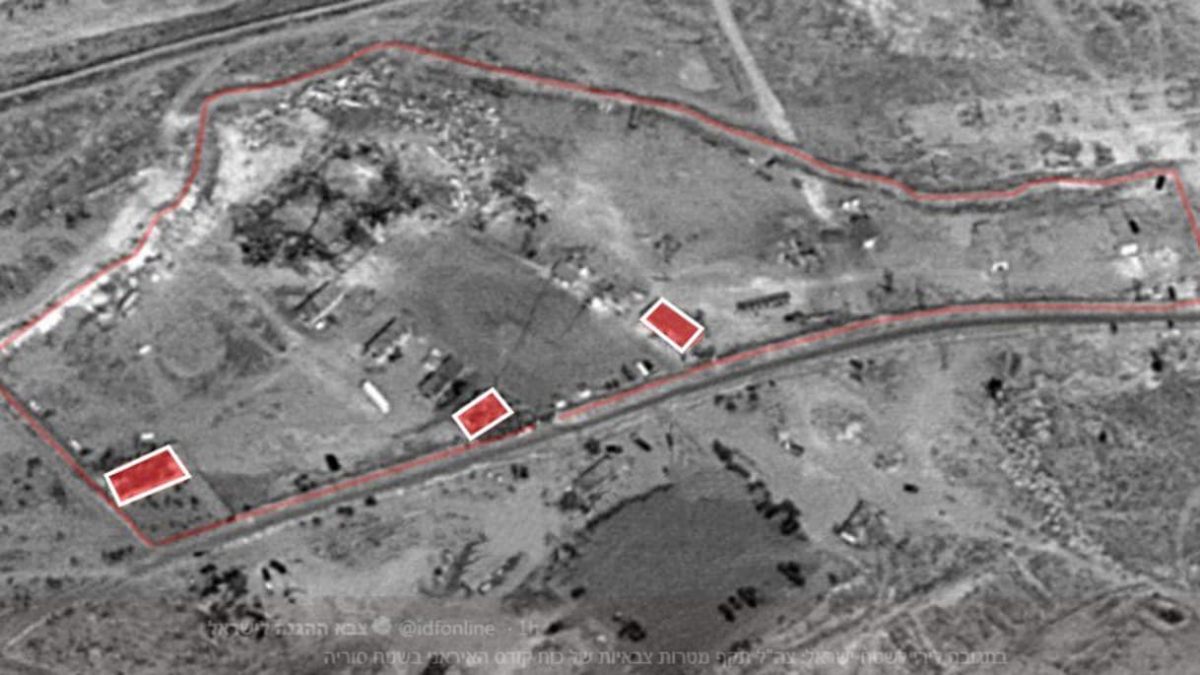 The Israeli military attacked Iranian targets Sunday night in Syria, the Israel Defense Forces spokesman said, hours after its Iron Dome system intercepted a missile launched from Syria following a strike on an airport south of Damascus on Sunday attributed to Israel.

Russia's defense control center said that four Syrian soldiers were killed and six were wounded in the attack, adding that Syrian military air defenses destroyed more than 30 cruise missiles and guided bombs during the air strikes, according to Haaretz.

"We warn the Syrian Armed Forces against attempting to harm Israeli forces or territory," The IDF said in a statement, adding that it struck targets belonging to the Iranian Revolutionary Guards' elite unit Quds Force. The Israeli military said Syrian air defense units had also been attacked.

Targets struck by the IDF, which number at around 10 according to its statement, include weapons warehouses at the Damascus International Airport and in other locations, an Iranian intelligence site and an Iranian training camp in Syria's south.

"During the strike, dozens of Syrian surface-to-air missiles were launched, despite clear warnings to avoid such fire. In response, several of the Syrian Armed Forces' aerial defense batteries were targeted," the military said in a statement.

Syrian state media cited a Syrian military source as saying Israel launched an "intense attack through consecutive waves of guided missiles", but that Syrian air defenses destroyed most of the "hostile targets".

The Israeli military said earlier on Sunday that missiles fired toward the northern Golan Heights were intercepted by the Iron Dome missile defense system. It added in a statement on Monday that an Iranian force fired these missiles, but said it holds the Syrian regime responsible for any activity in its territory.

"The Iranian attack toward Israel's territory is yet another clear proof of the intention behind Iran's attempts at entrenchment in Syria and of the danger they pose to the State of Israel and to regional stability," the army said. "The IDF will continue to operate with decisiveness and determination against Iran's entrenchment in Syria."

Prime Minister Benjamin Netanyahu, on a visit to Chad, spoke about the reported strikes. "We have a set policy, to target the Iranian entrenchment in Syria, and to harm whoever tries to harm us," he said. "This policy doesn’t change when I am in Israel or while I am on a historic visit to Chad."

If you see a spelling error on our site, select it and press Ctrl+Enter
Tags:SyriaIsraelIranstrikeDamascus