The incident happened at 18:00 Moscow time on January 21. 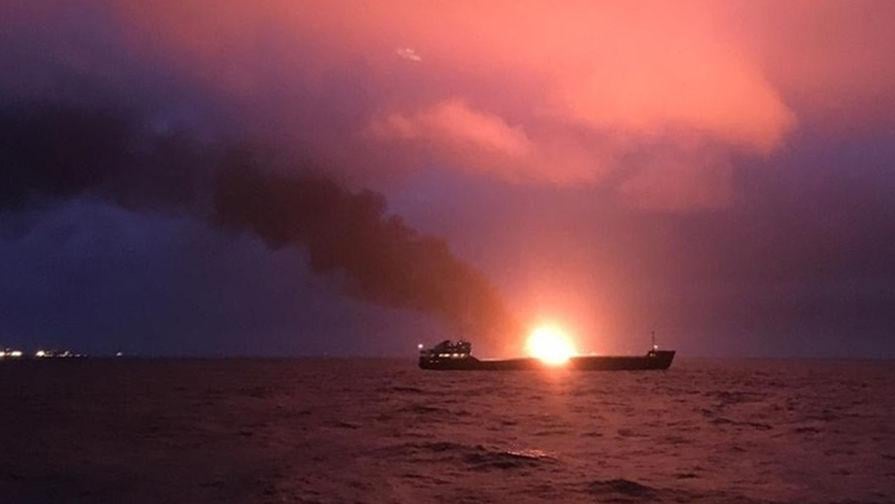 At least 11 sailors have died after two vessels caught fire in the Kerch Strait, the Black Sea, according to Russian media.

"The bodies of 11 dead sailors have been lifted, another 12 people were raised alive according to updated reports," Rosmorrechflot said.

At least another three sailors are most likely dead, according to a source with the maritime search-and-rescue services. "Another three bodies drowned, we did not have enough time to lift them," it said.

According to preliminary data, there were 31 people on board the two vessels. They were citizens of Turkey and India. The people are said to have jumped overboard.

The fire occurred on two ships, the Candy (or Kandy) and the Maestro, flying the flag of Tanzania, at 18:00 Moscow time on January 21. The vessels were anchored in the neutral waters, outside Russia's territorial waters. The scene is located 15 nautical miles from Cape Takil.

It was reported earlier that the two vessels caught fire after an explosion. The violation of safety rules during the fuel transfer from a tanker to the other vessel is said to be the cause behind the incident, according to one of the preliminary theories.

If you see a spelling error on our site, select it and press Ctrl+Enter
Tags:explosionincidentshiptankerKerchStrait