Stoltenberg: Each NATO country must decide whether to supply weapons to Ukraine

NATO countries have to decide individually whether or not to supply weapons to Kyiv, NATO Secretary General Jens Stoltenberg said on Sunday ahead of a fresh round of peace talks on Ukraine. 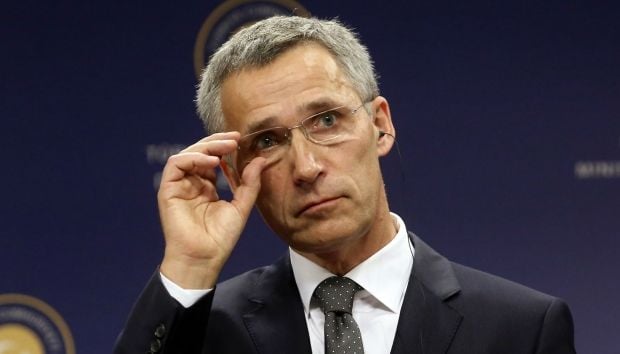 "Each country of the alliance should decide itself whether to do this," he said.

He said he had high hopes for the “Normandy format” meeting of the leaders of Ukraine, Russia, Germany and France on resolving the crisis in Ukraine, scheduled for Wednesday, February 11, German broadcaster Deutsche Welle reported on Sunday, with reference to German news agency DPA.

"I am one hundred percent for the efforts to achieve a ceasefire," Stoltenberg said on Sunday, February 8 in Nauen.

However, he said that the agreements must be reached not only on paper.

"The main goal is to achieve a ceasefire, and then to respect it," he said.

"I fully support all the efforts to stop the continuation of the war. The next days will be decisive," Stoltenberg said.

Stoltenberg sharply criticized the aggressive activity of Russia in Ukraine. There is a large and growing body of video and photographic evidence that Russia has been supplying weapons and troops to the militants in eastern Ukraine for months, although Moscow continues to deny it.

As reported earlier, German Chancellor Angela Merkel has said she opposes the supply of arms to Ukraine.

On Sunday, February 8 the political leadership of the Social Democratic Party of Germany, Merkel's coalition partners, also said they opposed the supply of arms to Ukraine.

According to Vice Chancellor of Germany Sigmar Gabriel, his party will never support the supplies of arms to Kyiv.

"We do not want an international conflict in Ukraine. And I’m optimistic about the future peace talks in Minsk," he said.