The United Kingdom wants to see a diplomatic resolution of the situation in the east of Ukraine, but it has assisted and will continue to assist the Ukrainian armed forces, UK Ambassador to Ukraine Simon Smith told journalists on Monday after his meeting with Ukrainian Defense Minister Stepan Poltorak. 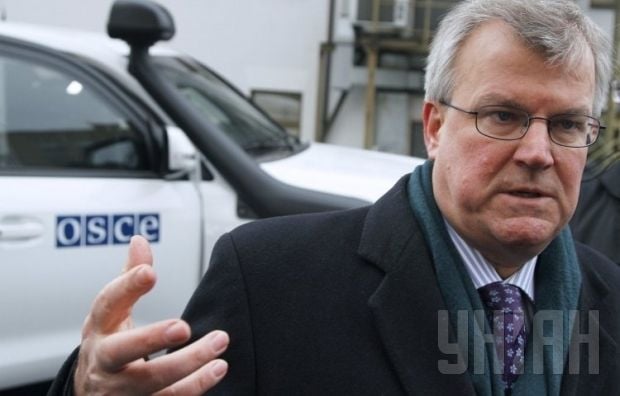 "The United Kingdom strongly supports the Ukrainian people and the government in protecting the independence and the implementation of reforms,” Smith said.

“It is necessary to work on the resolution of the Ukrainian crisis at both the political and the economic and diplomatic levels.

"Britain has taken a leading role in the issue of imposing severe sanctions against Russia and continues to cooperate with international colleagues on a diplomatic resolution of the situation."

According to Smith, Britain believes it is important to strengthen cooperation with Ukraine in the defense sphere.

“We will continue to consider what else we can do to support Ukraine in the defense of its territorial integrity and confrontation with aggression.”