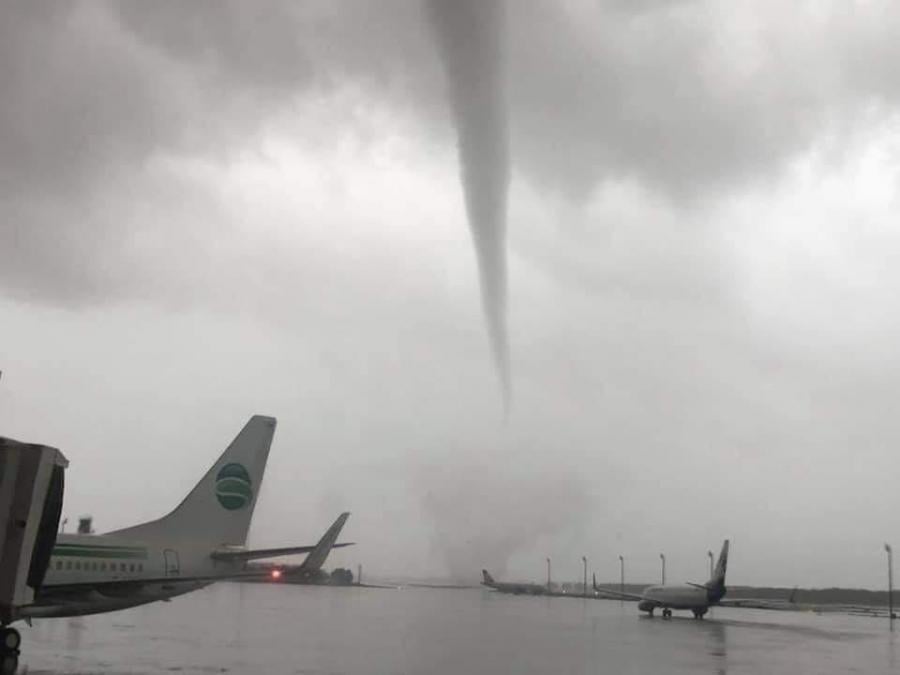 Severe thunderstorms with tornadoes and large hail hit Antalya and its vicinity this morning.

Up to five tornadoes have been reported. Significant damage is reported from the Antalya airport: planes damaged by moving / flying debris, vehicles, including an airport bus, hit and damaged, according to Severe Weather Europe.

Damage has also been reported from Antalya city center.

Extensive damage and injuries reported in greenhouse fields in Kumluca.

If you see a spelling error on our site, select it and press Ctrl+Enter
Tags:Turkeyweatherairportdamage