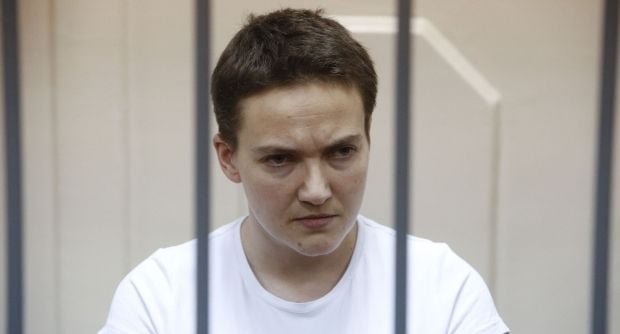 According to UNIAN correspondent in Russia, the decision was announced by the Judge Artur Karpov in the courtroom.

UNIAN reported earlier that the lawyers of Ukrainian pilot called on the court to change the measure of restraint from arrest to house arrest - in the hotel at the Ukrainian Embassy in Moscow.

In addition, lawyer Ilya Novikov has said that the defense is ready to agree to any bail. He also said that Savchenko can be released under the personal guarantee of the Ukrainian Parliament Commissioner for Human Rights Valeria Lutkovska, he added.

He appealed to the court to choose any preventive measure except detention, as "this will kill Savchenko."

Investigators and prosecutors have stated they oppose changes in preventive measures and demanded to extent her arrest.

As UNIAN reported earlier, Savchenko was abducted by Russian-backed militants in the Donbas in the summer of 2014, and then taken to Russia, where she was charged with being involved in the death of Russian journalists. She was also charged with illegal crossing of the border.

On October 27, 2014 Moscow's Basmanniy court extended the detention of Savchenko until February 13, 2015.

On December 22, Moscow City Court rejected an appeal of the lawyers of Savchenko and left her in custody in remand center No. 6 of the Moscow jail.