Since 2015, the Ukrainian army has taken down numerous Russian army drones with German propellers – or they have crashed over Ukrainian territory due to technical faults. 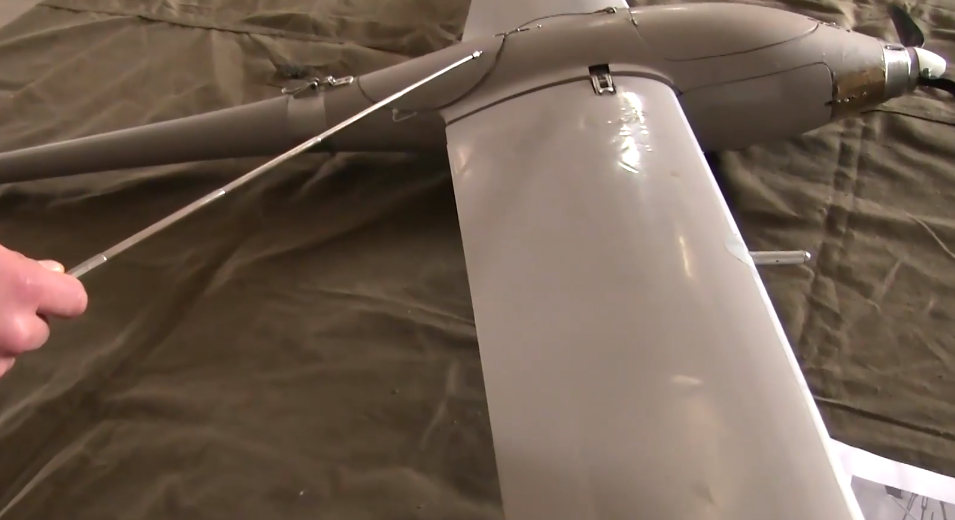 BILD has inquired into whether Russian forces are using propeller blades – so-called “folding propellers” – manufactured in Germany for seven types of drones in their drone fleet. The respective German companies did not know about this until now.

More specifically, the unmanned aerial espionage and reconnaissance vehicles that are equipped with German propellers are the models “Granat-1”, “Granat-2”, “Granat-3”, “Tachion”, “ZALA-42104M”, “Grusha”, and “Orlan-2”. Their first flights took place between 2005 and 2012. However, they only began to be mass produced in 2015 and 2016 and were then incorporated into the various troop units of the Russian forces, BILD reports.

Ever since Russia’s destabilizing activities in Ukraine in 2014, an EU arms embargo against Moscow has been in force. There are also trade restrictions on dual-use goods, i.e. material that can be used for both civil and military purposes. Does this include the German propeller blades used on Russian military drones?

BILD inquired with the German Federal Office for Economic Affairs and Export Control (BAFA). According to the Office, there is a general ban on supplying dual-use goods to Russia, “if these goods are, or might be, wholly or partly designed for military purposes (in the example described by you: potentially for installation in military goods) or for a military end-user”.

In this particular case, the BAFA does not want to make a definite decision. “The export of propeller blades and folding propellers is partly subject to authorization. However, whether there is an authorization requirement, and whether an export must be authorized, needs to be reviewed in each respective case,” a BAFA spokesperson told BILD.

Concerning the question of whether a sanction was circumvented, the point of time at which the German components were bought by Russian companies in the EU is also decisive. All components purchased and brought to Russia from August 2014 onward would constitute a violation of sanctions. BILD sent a written request to the Russian Ministry of Defense concerning this question, but it remains unanswered.

BILD contacted German modelmaking companies Graupner/SJ GmbH from Kirchheim unter Teck and aero-naut Modellbau GmbH & Co.KG from Reutlingen. Both companies were shocked to hear that their components had been used for military purposes.

On some (but not all) of the aero-naut and Graupner drone propellers, the German company names were painted over or removed by the Russian users in order conceal their origin.

Russia itself makes no secret of its use of German components on its drones. At the military museum “Park Patriot” – which opened near Moscow in 2016 – two army drones with German propeller blades are on exhibit to this day. At Russia’s biggest military fair, “Army”, drones with German propellers were also presented to the public in 2015 and 2016.

But that’s not all. BILD has inquired into whether Russia has been employing drones with German technology in its war against Ukraine since early 2015. In the battle for the Ukrainian city of Debaltseve (with 184 dead on the Ukrainian side) in the spring of 2015, pro-Russian troops already used a “Granat-2” drone with folding propellers manufactured in Reutlingen.

This has been confirmed by images broadcasted on the pro-Russian channel “New Russia TV”, published on YouTube. The soldier operating the drone with a computer conceals his face in the video. But it is obvious what the drone was used for. The task of the “Granat-2” is to reconnoiter targets for artillery and multi-barrel rocket launcher shelling. A Russian military newspaper raved in 2013 that this can be done up to twice as fast with the drone compared to traditional means.

Since 2015, the Ukrainian army has taken down numerous Russian army drones with German propellers – or they have crashed over Ukrainian territory due to technical faults.

The last time this happened was on Wednesday January 23. According to the Ukrainian army, they forced a Russian “Granat-2” drone to land in the south of the Donetsk region by using electronical interference signals. Since the aerial vehicle has a reach of only approximately 15 kilometers, the Ukrainian army assumes that it was launched in the occupied area by Russian soldiers or separatists who were trained to handle the drone.

This drone was also equipped with folding blades made by the company aero-naut from the German county of Baden-Württemberg, as a comprehensive video made by the Ukrainian army proves.

Tobias Lindner, representative of the Greens on the German parliament’s defense committee, is now demanding that action be taken. “If Moscow is indeed acquiring components of military drones from Germany, the federal government must do everything it can to prevent the purchasing of these parts by Russian state actors,” Lindner told BILD.

The German components of the crashed Russian army drone are currently also being examined in Ukraine. BILD has learned from Ukrainian government circles that Western components – including German ones! – were found on several drones that had previously been shot down. Apparently, Kyiv had already asked Berlin to investigate the channels by which these components were being delivered to Russia.

If you see a spelling error on our site, select it and press Ctrl+Enter
Tags:RussiaDonbassanctionsGermanyviolationdrones