Russia hits back at U.S. decision to pull out of INF Treaty – media

Moscow denies it has violated the treaty and has called on Washington to offer proof of its allegations. 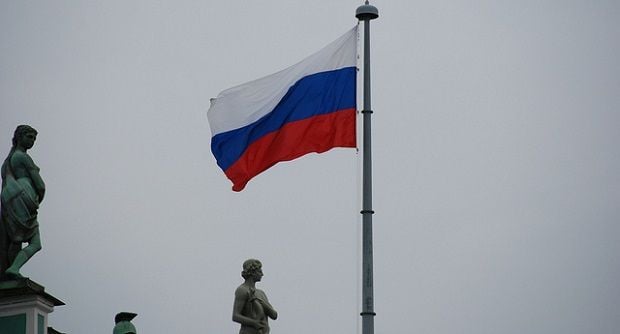 Russian officials and politicians blasted the U.S. decision to suspend its obligations under the Intermediate-Range Nuclear Forces (INF) treaty, with one lawmaker saying Washington had "taken another step toward its destruction."

"I congratulate the whole world – the United States has taken another step toward its destruction today," Konstantin Kosachev, the chairman of the Russian Federation Council's International Affairs Committee, said on February 1, RFE/RL reported.

The comments come after U.S. Secretary of State Mike Pompeo announced that as a result of what he called years of Russian violations, Washington would no longer abide by the key Cold War-era arms-control pact.

"For years, Russia has violated terms of the INF Treaty without remorse," Pompeo said in a news briefing. "To this day, Russia remains in material breach of obligations."

"The United States will therefore suspend its obligations under the INF Treaty effective February 2," Pompeo said.

"We will provide Russia and the other treaty parties with formal notice that the United States is withdrawing from the INF Treaty effective in six months, pursuant to Article 15 of the treaty."

Pompeo told reporters in Washington that the United States remained open to arms-control negotiations with Russia.

U.S. President Donald Trump issued a written statement saying that "we will not remain constrained by its terms while Russia misrepresents its actions. We cannot be the only country in the world unilaterally bound by this treaty, or any other."

Moscow denies it has violated the treaty and has called on Washington to offer proof of its allegations.

Russian Foreign Ministry Spokeswoman Maria Zakharova said following Pompeo's remarks that "it is not about Russia's guilt of violating this treaty; it is not about China or any other factor of international security. It is about the United States' strategy of waiving international liabilities in various spheres."

U.S. officials have expressed concerns that China, which is not party to the INF, has gained a military advantage in Asia by deploying large numbers of missiles with ranges banned by the treaty.

NATO allies issued a statement saying they "fully support" the U.S. decision to withdraw from the INF Treaty.

"All NATO allies support the U.S. decision today to start the withdrawal process, but it will take six months before that process is completed," NATO Secretary General Jens Stoltenberg told the Associated Press.

"We continue, therefore, to call on Russia to come back into compliance and fully respect the INF Treaty," he added.

The United Nations secretary-general, Antonio Guterres, said he hopes Moscow and Washington use the six-month period to reach a new agreement.

"We have seen the announcement they made today," said spokesman Stephane Dujarric. "The secretary-general hopes that the parties will use these six months to resolve their differences. The INF is a very important part of arms control architecture."

The U.S. action has been expected for months and was virtually assured after last-ditch talks in Beijing on January 31 between Russian Deputy Foreign Minister Sergei Ryabkov and U.S. Undersecretary of State Andrea Thompson ended without agreement.

The fate of the 1987 INF Treaty, widely seen as a cornerstone of arms-control stability in Europe and elsewhere, has been a source of tensions between Moscow and Washington.

Washington and NATO accuse Russia of breaching the treaty by developing the 9M729 cruise missile, also known as the SSC-8.

The 1987 treaty prohibits the two countries from possessing, producing, or deploying ground-launched cruise or ballistic missiles with ranges between 500 and 5,500 kilometers. The agreement was the first of its kind to eliminate an entire class of missiles.

The United States first publicly accused Moscow of violating the INF Treaty in 2014. After several years of fruitless talks, Washington began stepping up its rhetoric in late 2017, publicly identifying the missile in question and asserting that Russia had moved beyond testing and had begun deploying the systems.

If you see a spelling error on our site, select it and press Ctrl+Enter
Tags:RussiaNATOUSAZakharovaPompeosuspensionINFTreaty