Trump said Maduro requested a meeting months ago and he turned down the Venezuela leader. 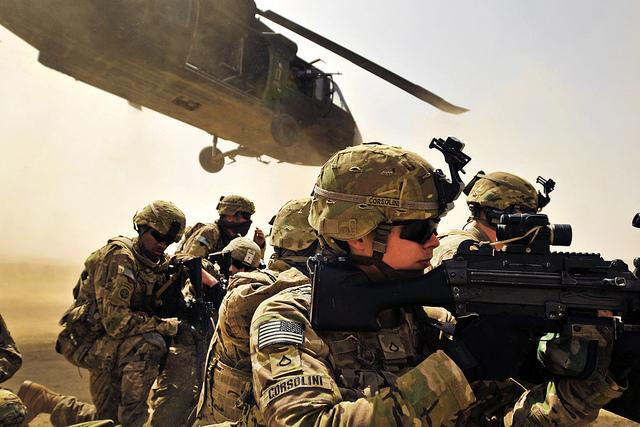 U.S. President Donald Trump said that sending the military to Venezuela was "an option" and that he had turned down President Nicolas Maduro's request for a meeting.

"Certainly, it's something that's on the - it's an option," Trump said in an interview with CBS to be broadcast on Sunday, Reuters reported.

Trump said Maduro requested a meeting months ago and he turned down the Venezuela leader.

"I've turned it down because we're very far along in the process," he said in excerpts from a CBS "Face the Nation" interview. "So, I think the process is playing out - very, very big tremendous protests."

Tens of thousands of people have thronged the streets to protest the Maduro government, wearing the yellow, red and blue of the Venezuelan flag.

As domestic and international pressure mounts on Maduro to step down, a senior air force general disavowed him in a video that circulated earlier on Saturday, expressing his allegiance to parliament head and self-proclaimed interim president Juan Guaido.

If you see a spelling error on our site, select it and press Ctrl+Enter
Tags:USATrumpVenezuela