10:00, 06 February 2019
World
668 0
The mission comes as Paris looks to ensure its long-term nuclear dissuasion program, with Europe increasingly worried about security as tensions rise between Washington and Moscow. 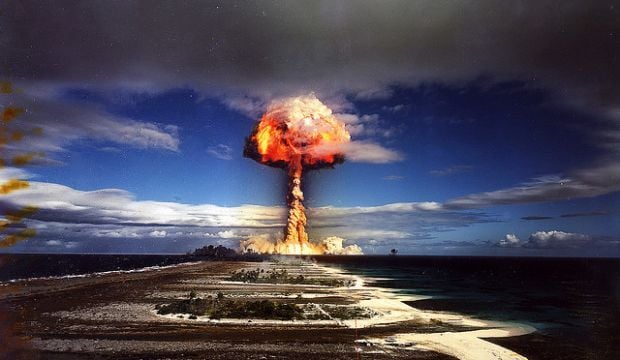 France conducted a rare simulation of a nuclear deterrent mission, its armed forces ministry said on Tuesday, following reports that the United States plans to exit a nuclear arms control pact with Russia.

The 11-hour mission, which included refueling, tested all phases of an attack involving a Rafale warplane, Reuters reports.

"These real strikes are scheduled in the life of the weapons' system," French air force spokesman Colonel Cyrille Duvivier said. "They are carried out at fairly regular intervals, but remain rare because the real missile, without its warhead, is fired."

It did not say when the test was carried out, and officials declined to say how often they take place.

The mission comes as Paris looks to ensure its long-term nuclear dissuasion program, with Europe increasingly worried about security as tensions rise between Washington and Moscow.

France spends about EUR 3.5 billion annually on maintaining its 300-strong submarine and air nuclear weapons stockpile. It plans to modernize its capacity to spend EUR 5 billion a year by 2020.

The simulation comes after Russia suspended the Cold War-era Intermediate-range Nuclear Forces Treaty following the United States' announcement it would withdraw from the pact, accusing Moscow of violations.

If you see a spelling error on our site, select it and press Ctrl+Enter
Tags: #Russia#Europe#USA#France#test#nucleararms#deterrence#INFTreaty
Latest news