Investigators say Kisseljow, 48, went through military training in the Russian city of St. Petersburg in August 2014. 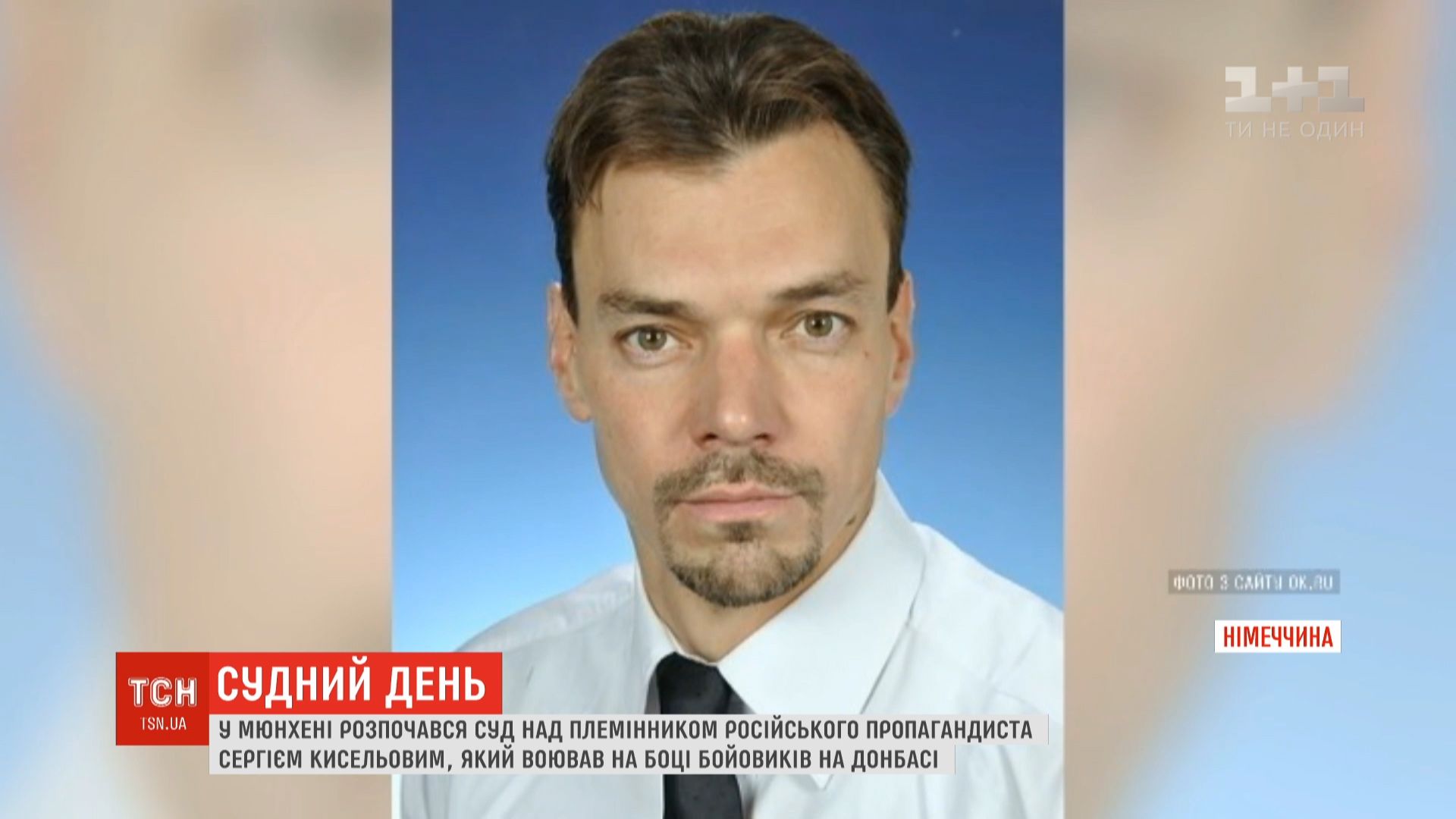 The verdict on Kisseljow is expected on Friday, March 1, 2019 / Screenshot

A nephew of Dmitry Kiselyov, a Russian state media boss known for fiery anti-Western diatribes, is on trial in Germany on a charge of planning to take part in military activities alongside Russia-backed troops fighting Kyiv's forces in eastern Ukraine.

Investigators say Kisseljow, 48, went through military training in the Russian city of St. Petersburg in August 2014.

He is accused of the preparation of a crime threatening a sovereign country's state security and illegally possessing firearms. German citizens can be prosecuted and punished for this crime, including in cases in which it is committed outside the country.

German authorities began investigations against Kisseljow in late 2017, and he was detained in Bulgaria several months later and deported to Germany.

According to Ukraine's TV news service TSN, the verdict is expected on Friday, March 1, 2019.

Kisseljow's uncle Dmitry Kiselyov said earlier that his nephew would be facing trial in Germany for fighting against Ukrainian armed forces in Ukraine's east.

Dmitry Kiselyov, head of the state-owned media company Rossia Segodnya, is best known for the propaganda against Washington and the West that he issues frequently on the weekly news show he hosts.