Trump on possible rebuilding of missile test site in N.Korea: "I would be very disappointed" – media

The U.S. leader says it's a very early report. 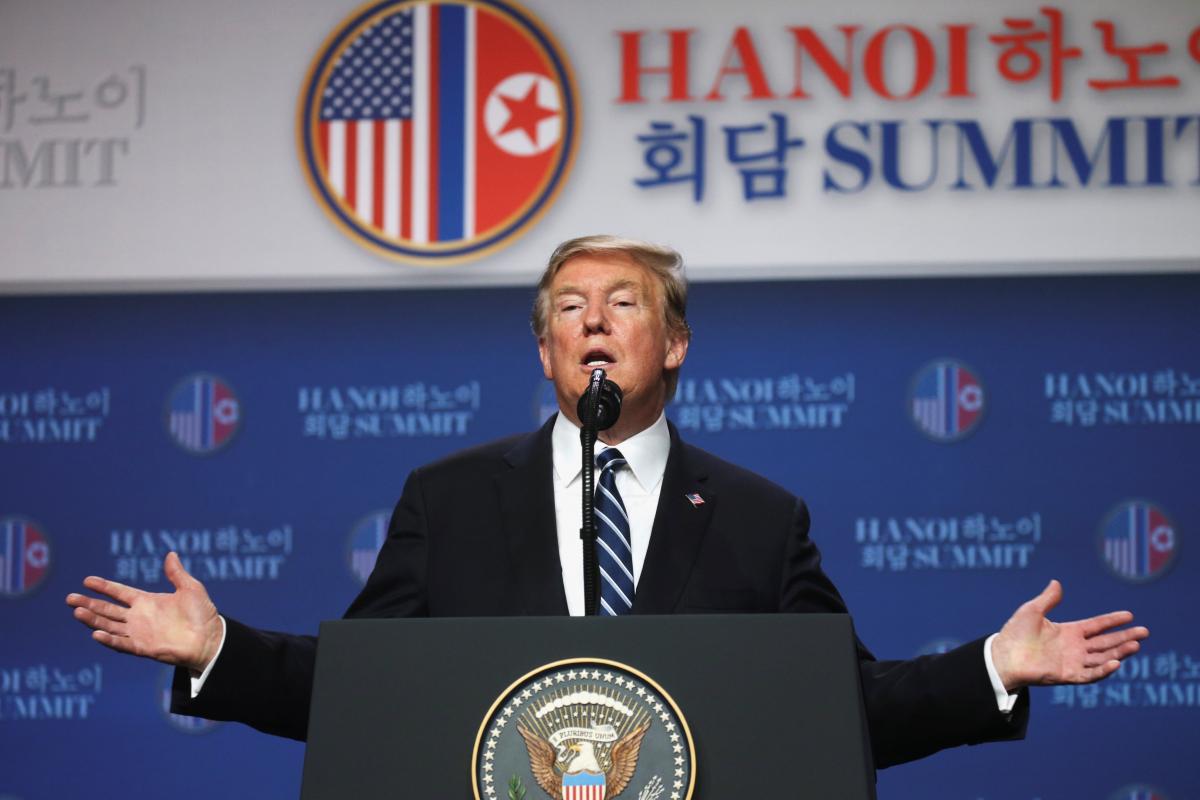 U.S. President Trump says he would be very disappointed with North Korean leader Kim Jong Un if reports on the rebuilding of a missile test site in North Korea turn to be true.

The president's summit with Kim ended abruptly last week without a deal, after the North Koreans, in Mr. Trump's estimation, demanded too much without giving up enough.

If you see a spelling error on our site, select it and press Ctrl+Enter
Tags:TrumpNorthKoreamissile