The motive for the shooting is not clear, police say. 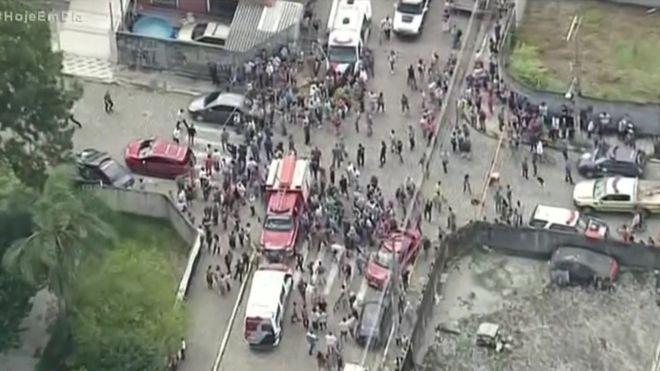 Two teenagers have opened fire at a school in south-eastern Brazil, killing at least seven students and one employee, police say.

The shooting happened at about 09:30 local time (12:30 GMT) when the students were on a break at the state school in Suzano, near São Paulo, according to the BBC.

At least 10 other people have been wounded. Police say the hooded gunmen killed themselves after the attack.

While gun crime is common in Brazil, shootings of this nature are not.

The school has some 1,000 primary and secondary students, aged between six and 18.

The identities of the victims and the alleged attackers - who were said to be former students at the school - have not yet been released.

The motive for the shooting is not clear, police say.

"I was in the classroom during our break. I thought [the sound] was from bombs. When I realized they were gunshots, I stayed there. I only left when the police arrived," teacher Sandra Perez told O Estado de S.Paulo newspaper (in Portuguese).