Saakashvili: Finland or Sweden is Russia's most likely target in near future

It would be relatively simple for Moscow to execute a land grab in a remote Arctic enclave or on a small island, like Sweden's Gotland. 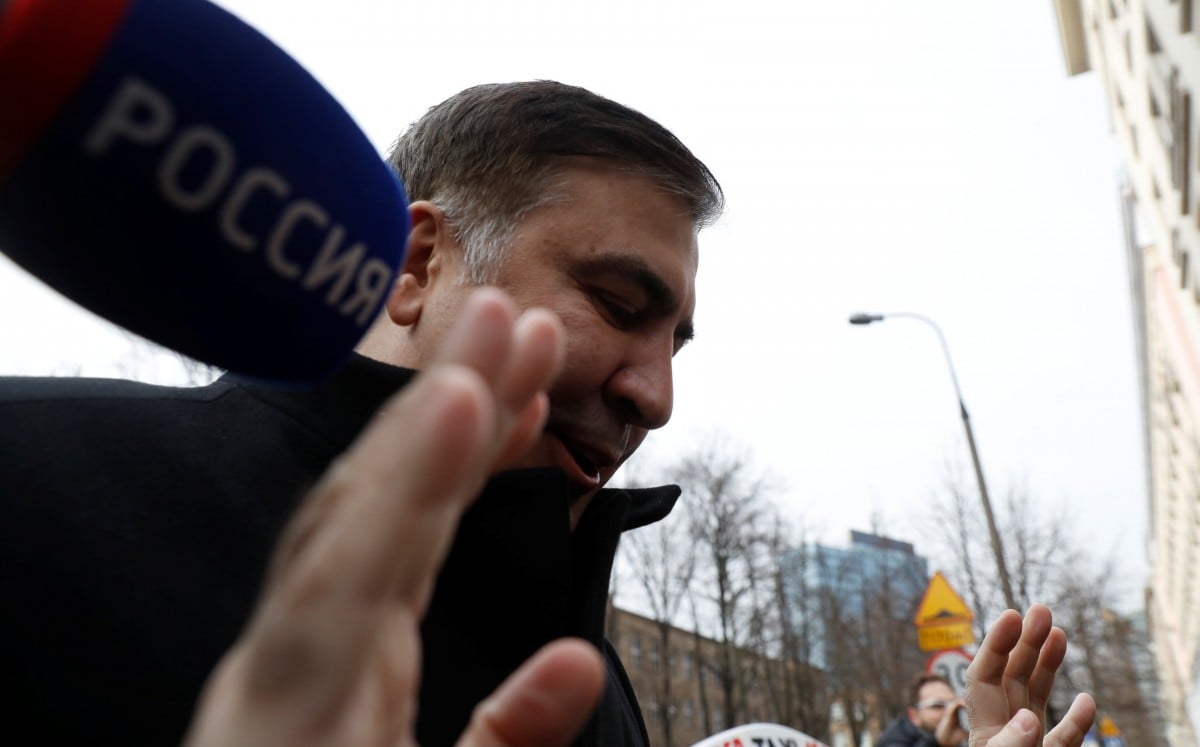 Leader of the Movement of New Forces Party in Ukraine, ex-Governor of Ukraine's Odesa region and ex-President of Georgia Mikheil Saakashvili says that Finland or Sweden is Russia's most likely target in the near future.

"Russia's most likely target in the near future is either Finland or Sweden; although both are members of the EU, they are not members of NATO," Saakashvili said in the article titled: "Russia's Next Land Grab Won't Be in an Ex-Soviet State. It Will Be in Europe," posted by Foreign Policy on March 15.

"By attacking a non-NATO country, [Russian President Vladimir] Putin does not risk a proportional response in accordance with Article 5. But by targeting a European country, he can expect to reap the rewards of public approval at home from voters who are desperate for a victory. This is a simple cost-benefit analysis that Putin has conducted, openly, many times before. Each investment of Russian force has paid dividends. Finland and Sweden meet both requirements," he said.

Saakashvili says he does not expect Russian tanks to roll into Helsinki or Stockholm unopposed. "But it would be relatively simple for Moscow to execute a land grab in a remote Arctic enclave or on a small island, like Sweden's Gotland, considering the strategic capabilities Russia has built on its northern flank. After all, who would go to war over a frozen Baltic island or piece of Finland's tundra? NATO wouldn't, but Putin would—because the stakes are higher for him."

Read alsoSaakashvili confirms his plans to return to Ukraine

"It is not a question of whether he will attack, but where. Some point to Belarus, but Putin stands to gain little through a show of force in a country that most Russians already consider an integral part of Russia. Others predict that the Baltic nations of Estonia, Latvia, or Lithuania will be the next target. Putin certainly views the small Baltic countries as a threat; after all, they are functioning democracies on Russia's border. But, for now, the Baltics are probably safe, for two reasons," he said.

"First, the next frontier of Russian aggression is unlikely to be a NATO ally. The inconsistent responses of the West to Moscow's various land grabs have only emboldened Putin, but he is not quite bold enough to risk triggering NATO's Article 5 – which could lead to all-out conventional war against a U.S.-led alliance. Putin understands when he is outmatched. If that weren't the case, he would not have survived this long," he said.

"Second, Putin's next adventure will likely be outside the former Soviet Union. The West has grudgingly accepted his neoimperialist ambitions in the region. Further incursions into Ukraine, Georgia, or other non-NATO Soviet successor states would be deja vu all over again, which would do little to bolster Putin's position."

If you see a spelling error on our site, select it and press Ctrl+Enter
Tags:RussianAggressionSwedenFinlandSaakashvili