Though the defeat of Islamic State in Baghouz ends the group's grip over the jihadist quasi-state straddling Syria and Iraq that it declared in 2014, it remains a threat. 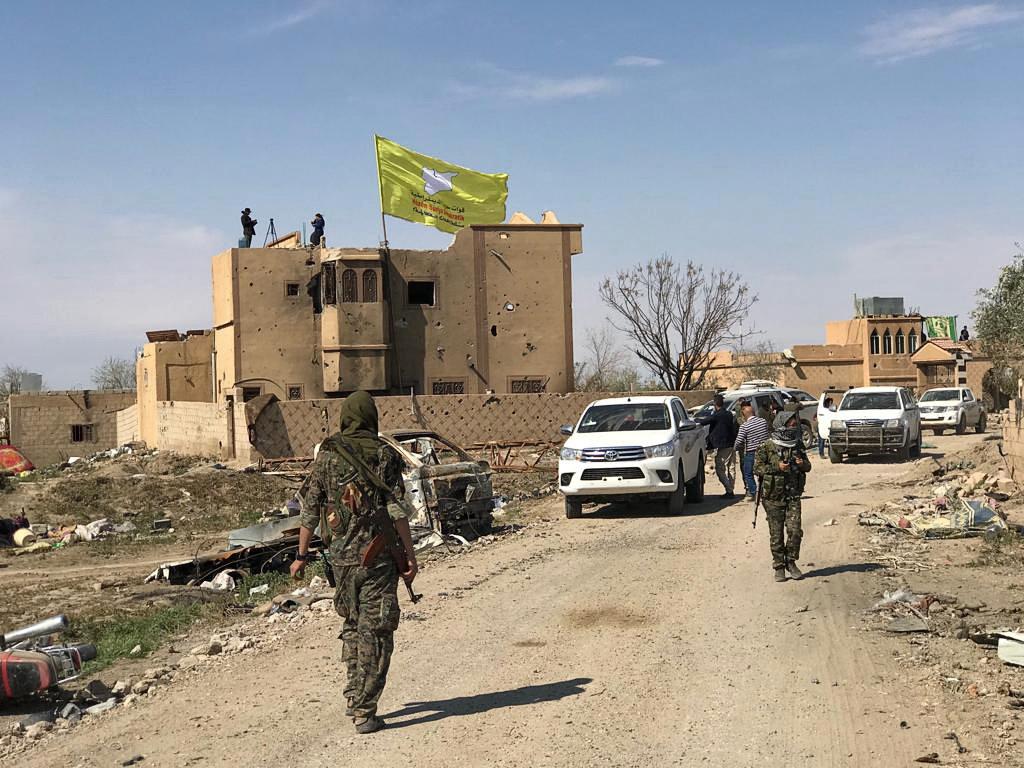 U.S.-backed forces said they had captured Islamic State's last shred of territory in eastern Syria at Baghouz on Saturday, ending the group's self-proclaimed caliphate after years of fighting.

"Baghouz has been liberated. The military victory against Daesh has been accomplished," Mustafa Bali, a Syrian Democratic Forces (SDF) spokesman, wrote on Twitter, declaring the "total elimination of (the) so-called caliphate."

However, a Reuters journalist at Baghouz said there were still some sounds of shooting and mortar fire.

The final battle lasted weeks as huge numbers of civilians poured out, and for many Kurdish fighters in the SDF, victory was sweeter as it coincided with their "Now Ruz" new year.

Though the defeat of Islamic State in Baghouz ends the group's grip over the jihadist quasi-state straddling Syria and Iraq that it declared in 2014, it remains a threat.

Some of its fighters still hold out in Syria's remote central desert and in Iraqi cities they have slipped into the shadows, staging sudden shootings or kidnappings and awaiting a chance to rise again.

The United States believes the group's leader, Abu Bakr al-Baghdadi, is in Iraq. He stood at the pulpit of the great medieval mosque in Mosul in 2014 to declare himself caliph, sovereign over all Muslims.

Further afield, jihadists in Afghanistan, Nigeria and elsewhere have shown no sign of recanting their allegiance to Islamic State, and intelligence services say its devotees in the West might plot new attacks.

Still, the fall of Baghouz is a big milestone in a fight against the jihadist group waged by numerous local and global forces – some of them sworn enemies – over more than four years.

It also marks a big moment in Syria's eight-year war, wiping out the territory of one of the main contestants, with the rest split between President Bashar al-Assad, Turkey-backed rebels and the Kurdish-led SDF.

Assad and his Iranian allies have sworn to recapture all Syria, and Turkey has threatened to drive out the SDF, which it sees as a terrorist group, by force. The continued presence of U.S. troops in northeast Syria might avert this.

If you see a spelling error on our site, select it and press Ctrl+Enter
Tags:USASyriaIslamicStatetroopsVictoryliberationjihadists