Russian military officials are visiting to discuss equipment maintenance and training, and strategy, the source claimed. 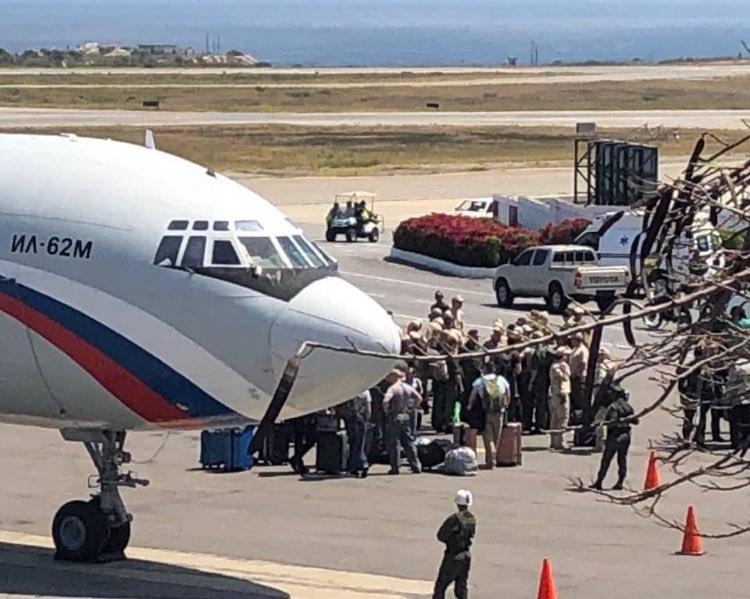 Russian aircraft arrived in Caracas this weekend as part of ongoing military cooperation between the two allies, a Venezuelan official said Sunday.

Russian military officials are visiting to discuss equipment maintenance and training, and strategy, the official said on condition of anonymity because of the sensitivity of the matter, the Associated Press repoted.

In December, Russia sent two Tu-160 strategic bombers to Venezuela for several days in a demonstration of support for Venezuelan President Nicolas Maduro, who has rejected demands from the United States and dozens of other countries that he resign.

Flightradar24, a flight-tracking site, showed the flight path Saturday of what it listed as a Russian air force plane, apparently headed to Caracas while flying across the Caribbean. The Ilyushin IL-62 passenger jet had flown from Moscow via Syria, where Russia supports President Bashar Assad.

In January, Venezuelan opposition leader Juan Guaido declared himself interim president, saying Maduro’s re-election last year was rigged. Maduro alleges that Guaido is a collaborator in a U.S.-directed plot to overthrow him.

Last week, U.S. and Russian officials met in Rome to discuss Venezuela, but remained split on how to resolve the crisis.

Russia says it is concerned that the U.S. is considering military intervention in Venezuela. The U.S. says it is focusing on economic and diplomatic efforts to oust Maduro, though President Donald Trump has said “all options are on the table.”

If you see a spelling error on our site, select it and press Ctrl+Enter
Tags:RussiaUSAstrategycooperationmilitarytrainingplanesVenezuela