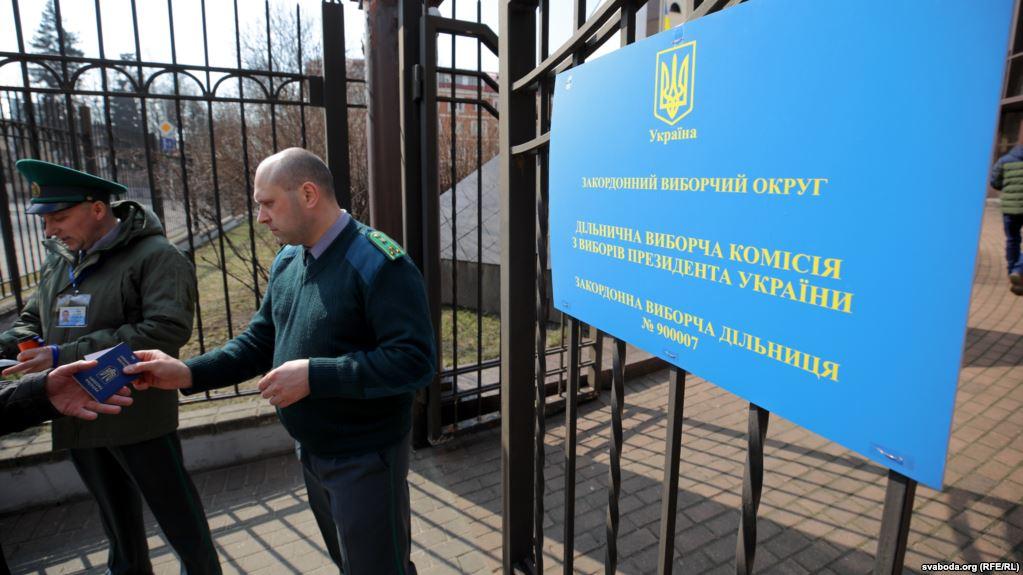 A polling place in Belarus / Photo from RFE/RL

They were able to only take pictures and make videos outside of the embassy's fence, the Ukrainian service of Radio Free Europe/ Radio Liberty reported.

Representatives of such Russian news agencies as TASS and RIA-Novosti, as well as television channels Ren-TV and NTV worked outdoors and interviewed citizens of Ukraine who came to the polls.

At the same time, representatives of Belarusian, Ukrainian and international media have had free access to the polling place.

Some 12,000 Ukrainian citizens eligible to vote at two polling places in that country have been registered in Belarusian territory: at the Ukrainian Embassy in Minsk and at the Consulate General in Brest.

"Usually, about 10% of Ukrainian citizens permanently residing in Belarus go to the polls. A high turnout of voters is expected this time," Ukrainian Ambassador to Belarus Ihor Kizim told the publication.

Chairperson of the election commission operating in Minsk at the Ukrainian Embassy Oksana Vrublevska said that 241 voters had turned out at the polling places in Belarus as of 12:00 local time on March 31.

If you see a spelling error on our site, select it and press Ctrl+Enter
Tags:RussiaBelaruselectionspresidentjournalists