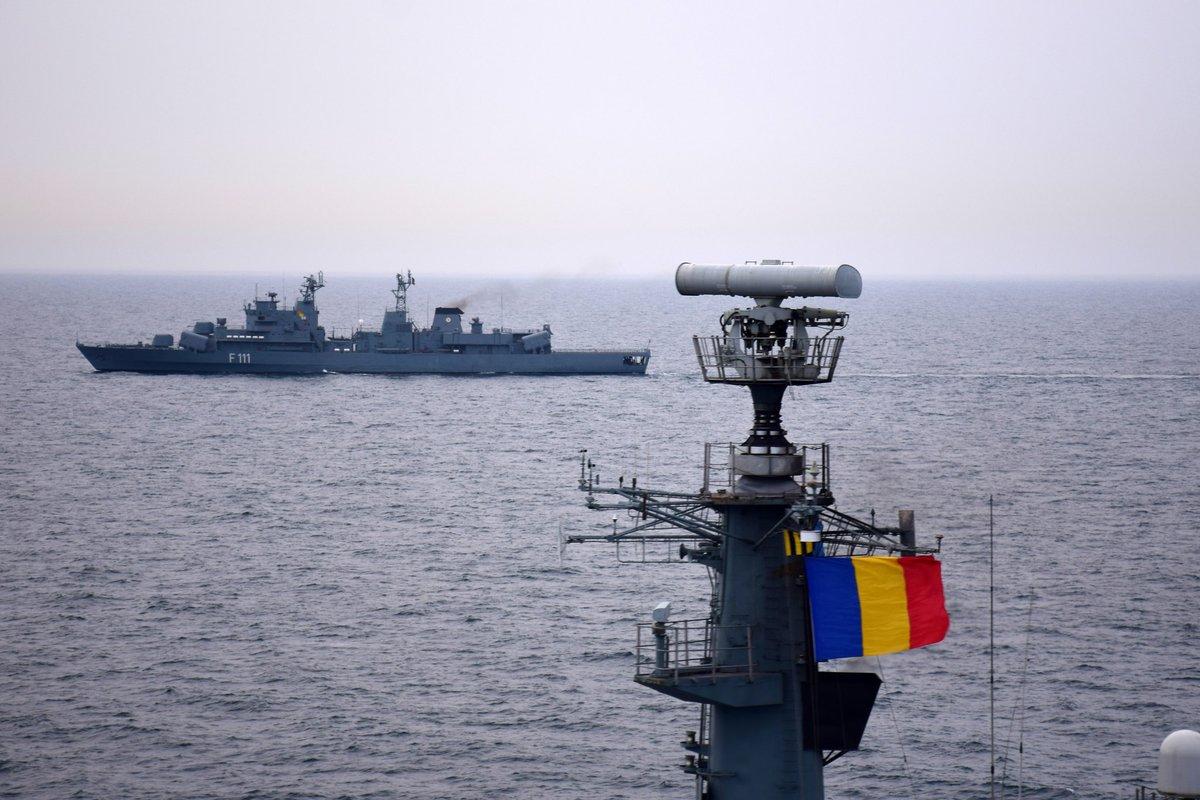 The naval drills will start on April 5 / Photo from twitter.com/USNavyEurope

NATO will hold multi-national Sea Shield 2019 naval drills in the Black Sea from April 5 to April 13.

"14 Romanian warships and six warships from Bulgaria, Canada, Greece, the Netherlands, Turkey with 2,200 troops will carry out joint combat tasks in the Black Sea region," Ukraine's Mission to NATO said on Twitter on Wednesday.

As UNIAN reported earlier, U.S. Permanent Representative to NATO Kay Bailey Hutchison announced at a Washington briefing ahead of the NATO foreign ministerial meeting on April 2 that the Alliance was preparing to adopt the Black Sea package against Russia. Measures will be taken against the background of developments in the Kerch Strait, according to the U.S. Ambassador. Hutchinson said Russia's destabilizing behavior in the region was "unacceptable."

The Kremlin responded to the statement, saying that it negatively assesses such plans.

According to Romania's Ministry of National Defense, the scenario of the Sea Shield 2019 exercise is fictitious and aims at planning and conducting a Crisis Response Operation (CRO), under the mandate of a Resolution of the United Nations' Security Council (UNSC), in the context of a security environment characterized by symmetric and asymmetric threats.

The Romanian Naval Forces, as host, deploy an impressive force structure within the Sea Shield 2019 drills. Two corvettes, two frigates, two minesweepers, two missile-carrier boars, two maritime ships for combat divers, three maritime tugboats, an EOD detachment (specialized in the fight against underwater threats), two mobile missile launching detachments and other support vessels as well as distinct specialized structures (243 Radar and Surveillance Brigade, 11 Communications and Information Technology Center, the Maritime Hydrographic Directorate, the Center for the Information Technology and Cybernetic Defence) that will provide ground-based support will participate in this exercise under the command and coordination of the Fleet Command.

The Romanian Air Forces ensure the combat sequences against the air defence threats with the help of the MIG 21 LanceR and F-16 aircraft, while the American and Turkish naval forces will operate two maritime patrol boats.

The Romanian Land Forces participate in the exercise with a detachment of the 9 "Mărășești" Brigade, for the protection of the ground communication ways and of Constanța Harbor.

NATO's Allied Maritime Command (MARCOM) designated the Standing Naval Maritime Group (SNMG-2), which operates in the Black Sea starting March 28, 2018, to participate in the Sea Shield 2019 drills . The SNMG-2 is made up of Bulgarian, Canadian, Dutch, Romanian and Turkish ships. Also, Greece and Bulgaria are represented in the exercise by a combat ship.

The foreign military ships are to enter Constanța Harbor on Saturday, April 6, 2019 (the date scheduled for the official opening ceremony of the Sea Shield 2019 drills) at the Passenger Terminal, in the presence of the Chief of the Naval Forces Staff, Rear Admiral Alexandru Mîrşu.

Official visits and working sessions to discuss the organizational details of the sea sequences planned to be conducted will take place during the two day-stopover in the harbor.