Tallinn and Warsaw stood united in their moves to show support for Ukraine's territorial integrity. 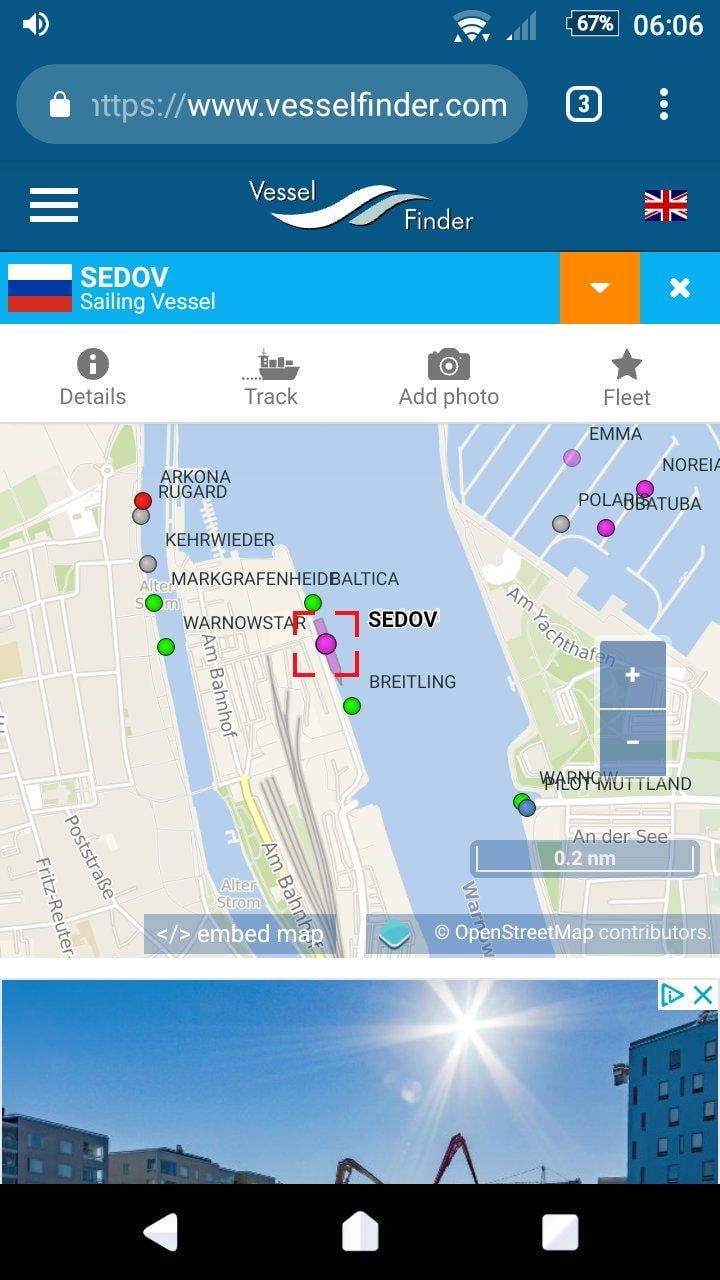 Russian barque Sedov was seen moored in Germany's Westermunde on Monday after Estonia and Poland earlier last week refused to let the Russian training vessel enter their waters because naval cadets were onboard from Crimea, the peninsula Russia had illegally annexed from Ukraine.

Earlier, Estonian authorities refused to let the Russian training ship enter Estonia’s territorial waters, saying that cadets from the Crimea-based Kerch State Maritime Technological University were onboard. On Wednesday, Russia’s embassy in Tallinn described the move as "an unfriendly step taken by the Estonian authorities in the run-up to the Estonian president’s upcoming visit to Moscow."

On Monday morning, a Ukrainian diplomat, Ilya Kvas, posted on Twitter a snapshot from a "Vesselfinder" resource showing Sedov's location at Germany's  Westermunde.

"Following rejection of Estonia and Poland of a port call of RU Sedov bark, now she is comfortably moored at Westermunde. Any correlation with latest German efforts to bring Russia back to PACE?" he tweeted.

Following rejection of Estonia and Poland of a port call of 🇷🇺 Sedov bark, now she is comfortably moored at Westermunde. Any correlation with latest German efforts to bring Russia back to PACE? #toxicshippic.twitter.com/QubjzpVtir

The Sedov barque, originally named the Magdalene Vinnen II, was launched in Kiel in 1921 at Germany’s Friedrich Krupp Germaniwrft. The barque is in the Guinness Book of World Records as the biggest training tall ship.

If you see a spelling error on our site, select it and press Ctrl+Enter
Tags:RussiaCrimeaPolandGermanyEstoniashipseaport