European Council President Donald Tusk will meet with U.S. President Barack Obama at the White House on March 9 to discuss relations between the EU and the United States, the press service of the European Council reported on Friday. 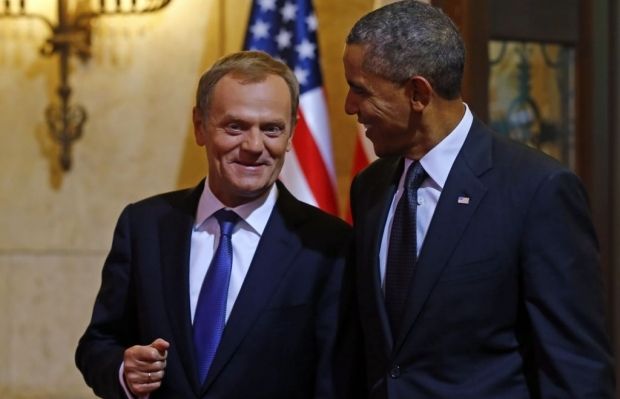 "President Tusk will meet with U.S. President Barack Obama at the White House on March 9 to discuss the agenda of the EU-U.S. relations. They will also discuss the crisis in Ukraine and relations with Russia," the report says.

In addition, the presidents will discuss trade issues, climate changes, energy security and the fight against terrorism.

Tusk earlier said that the European Union "should be ready for any development, good or bad." He reiterated that the EU would be ready to impose fresh sanctions against Russia over Ukraine if the Minsk agreements are not fulfilled.