Russian opposition leader Boris Nemtsov was gunned down on a bridge next to the Kremlin in Moscow late on February 27. 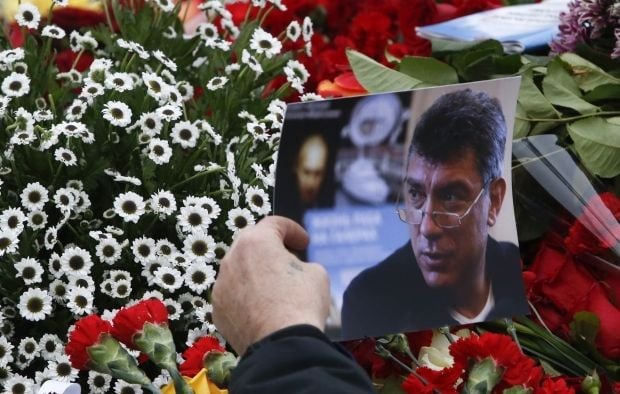 Director of the Federal Security Service of the Russian Federation (FSB) Alexander Bortnikov has announced that two suspects in the Nemtsov murder case were detained.

"As a result of the work done, two murder suspects – [persons identified as] Kubashev Anzor and Dadayev Zaur – have been detained today, which has been reported to the head of state," the Echo of Moscow radio station quoted Bortnikov as saying in the air of Russia's Channel One.

As UNIAN reported earlier, Nemtsov was gunned down on a bridge next to the Kremlin in Moscow late on February 27. An investigation in Nemtsov's murder is under way.

On March 3, 2015, Nemtsov was buried at the Troyekurovskoye Cemetery in Moscow.