15:11, 25 April 2019
World
594 0
The two leaders spoke after their one-on-one meeting as they sat down for broader negotiations involving top officials from both sides. 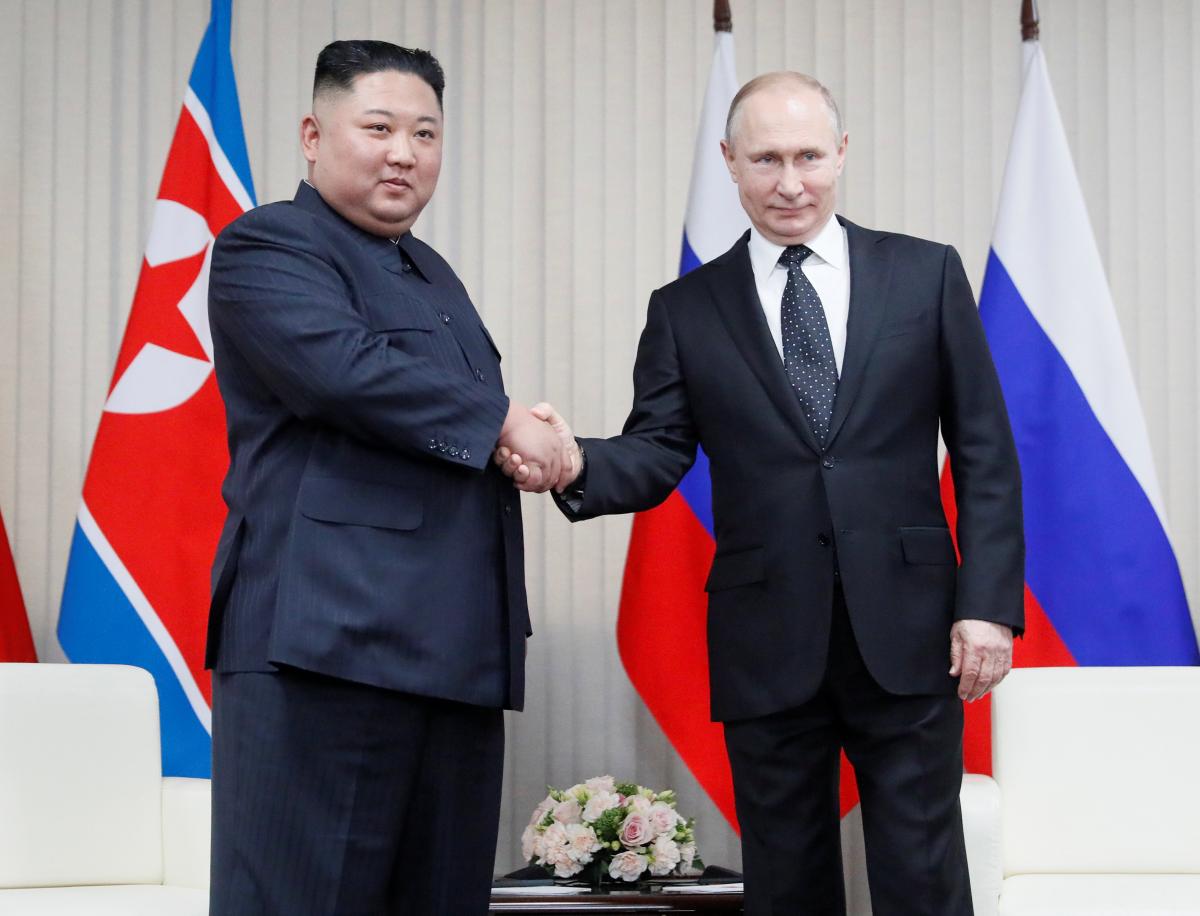 The April 25 summit at a university campus on an island off Russia's Far Eastern port city of Vladivostok came after talks collapsed between the United States and North Korea over the denuclearization of the Korean Peninsula, RFE/RL reported.

"We have just had a very meaningful exchange of views on issues of mutual interest," Kim said after nearly two hours of one-on-one talks, adding that they had "discussed ways of peaceful settlement."

Putin said he and Kim had a "substantial discussion" and exchanged views on how to defuse the standoff over Pyongyang's nuclear program.

The two leaders spoke after their one-on-one meeting as they sat down for broader negotiations involving top officials from both sides.

If you see a spelling error on our site, select it and press Ctrl+Enter
Tags: #Russia#Putin#NorthKorea#meeting#talks#KimJongUn
Latest news