This year's training involved approximately 10,000 soldiers and hundreds of combat vehicles and aircraft. 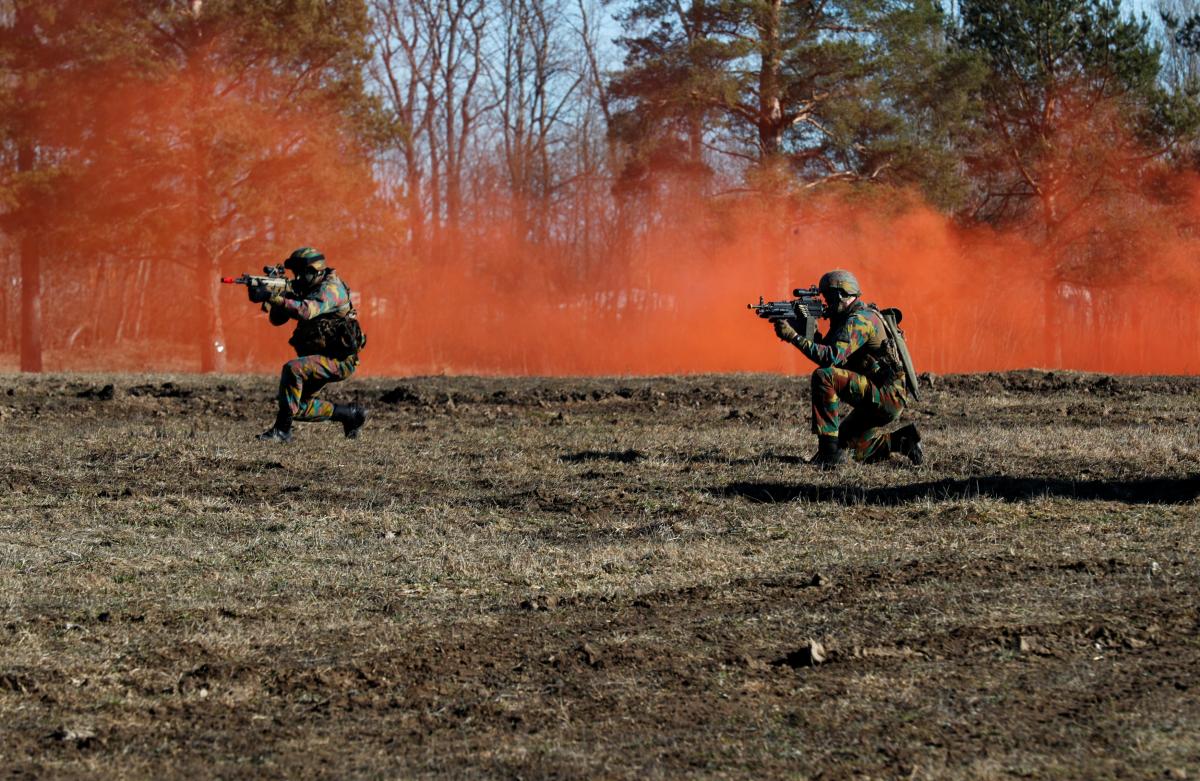 During exercises from April 29 to May 17, servicemen at different levels will work on techniques for synchronizing combat plans, cooperation in management, and increased readiness for tactical tasks, according to the Defence Blog, an online military magazine.

The Spring Storm is a large-scale live exercise of the Estonian Defence Forces, with participation from NATO's enhanced Forward Presence and other Allied forces. This year's training involved approximately 10,000 soldiers and hundreds of combat vehicles and aircraft.

"The Spring Storm exercise this year will be held in northeastern Estonia. Nearly 10,000 troops will take part in them, including the military contingents of Great Britain and Belgium from the NATO international battalion stationed in Estonia and the soldiers of the Estonian Defense Forces," the press service of the Estonian Armed Forces said.

Combat aircraft and helicopters of the Estonian Air Force and allies will take part in the exercise in Estonian airspace. Among them are the Eurofighter fighters of the German and British Air Forces, the Polish Su-22 attack aircraft, the British and U.S. Air Force helicopters Wildcat, Apache and Pavehawk.

The exercises will be attended by warships of the Estonian Navy and allies.

It is assumed that this technique will be in the Baltic republic for about three months. The helicopters arrived at Emari airbase in the military town of Tapa, located just 150 km from the Russian border. The heavy machinery of the Armed Forces of France, including five tanks and more than ten infantry fighting vehicles, were also transferred there.

NATO exercises in the Baltic near the Russian borders negatively affect relations between Russia and the countries of the alliance, experts warn.

"Despite the fact that the number of military men involved in these exercises is relatively low, maneuvers create military tension on the borders of Russia. Moscow is forced to take this into account in its plans for the country's defense. When tanks drive and planes fly near the borders of the Russian Federation, various kinds of incidents can occur. Even if they are unintentional, they can still be quite dangerous for the Russian side," said Viktor Murakhovsky, editor-in-chief of Arsenal of the Fatherland, in an interview with RT.

In his opinion, the measures of the North Atlantic Alliance to prepare the theater of military operations in the Baltic States pose a potential military threat to Russia.

As Viktor Murakhovsky notes, the North Atlantic Alliance exercises in the Baltic are becoming annual, the number of participating countries is constantly growing, and the reflection of the "Russian aggression" is being worked out, as a rule.

"A whole series of NATO exercises are being held as part of a plan to 'contain' Russia," the expert stated.

If you see a spelling error on our site, select it and press Ctrl+Enter
Tags:RussiaNATORussianAggressionEstoniamilitaryexercisemaneuvers