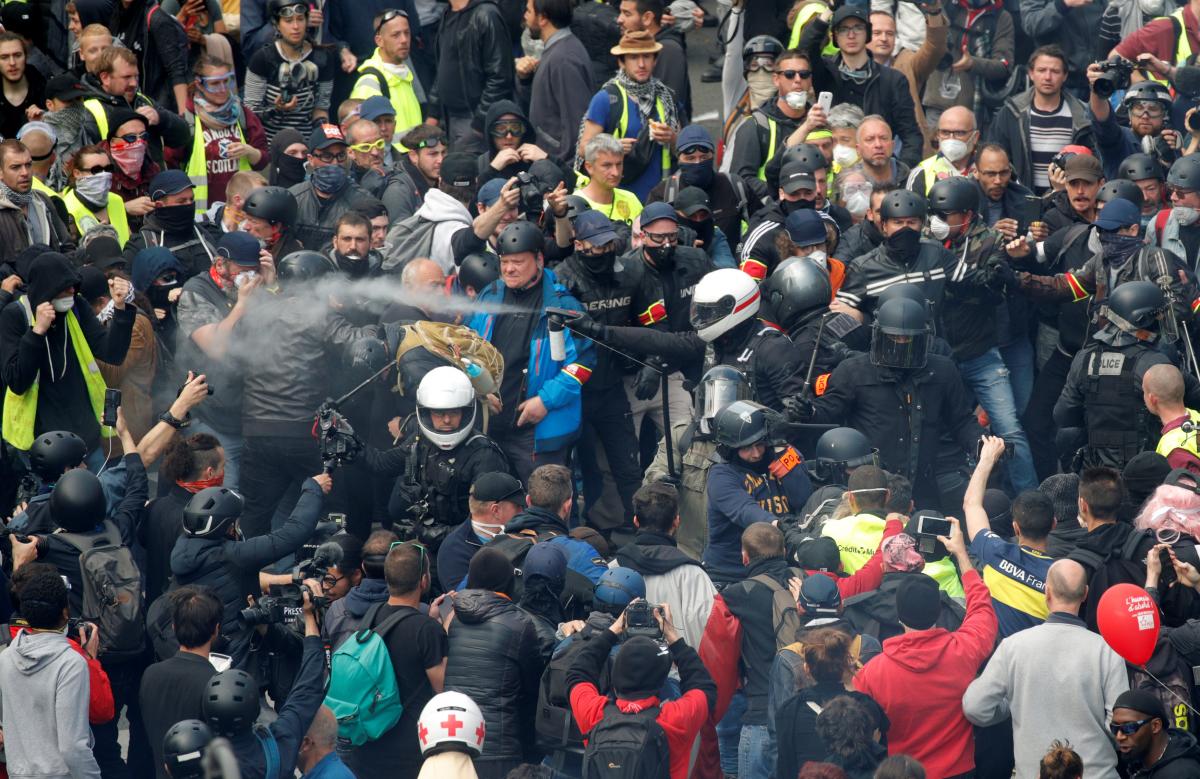 French police clashed with stone-throwing protesters as tens of thousands of people started marching in Paris Wednesday for May Day rallies under tight security. More than 200 arrests were made.

Riot police repeatedly used tear gas and sting grenades to try to control the crowd gathering near Paris' Montparnasse train station for the main protest. It wasn't immediately clear how many people were injured. At least two men with head wounds were helped away from the scene by paramedics, according to the Associated Press (AP).

Some threw rocks and other objects at police officers, attacked a parked van in a nearby street, kicking the vehicle and breaking its windows.

Paris police said 55 people were arrested in the Montparnasse area, out of a total of more than 200 arrests on May Day. Officers also carried out more than 12,500 "preventive searches" of bags.

Philippe Martinez, secretary general of one of France's major trade unions, the General Confederation of Labor (the CGT), temporarily left the march for security reasons during the scuffles between some protesters and police.

Eventually, a vast majority of peaceful protesters started marching through the streets of Paris. They were heading toward Place d'Italie in southern Paris.

French authorities have warned "radical activists" may join the Paris demonstration and renew scenes of violence that marked previous yellow vest protests and May Day demonstrations in the past two years.

More than 7,400 police are deployed in the French capital.

French police ordered the closure of more than 580 shops, restaurants and cafes on the Paris protest route and numerous subway stations were shut.

Yellow vests have joined the traditional May Day union march to show their common rejection of President Emmanuel Macron's economic policies, seen as favoring the wealthier and the big businesses.

Authorities are particularly wary of the black-clad, masked and hooded extremists who have joined recent protests with the express goal of attacking police and damaging property. They often target symbols of capitalism or globalization, and turned out in the hundreds at last year's May Day protest.

If you see a spelling error on our site, select it and press Ctrl+Enter
Tags: #France#police#May#Paris#extremists#protesters#arrests
Latest news