He lost control of the motorbike and fell from it. 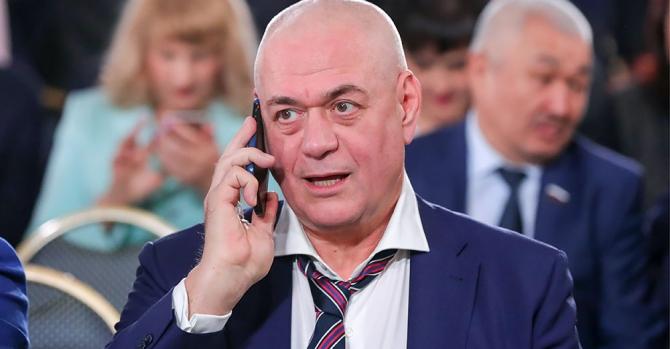 Russian journalist, a key figure of Russian propaganda, Sergey Dorenko, 59, died in the center of Moscow, Russia, while riding his new Triumph motorbike on May 9, 2019.

He lost control of the motorbike and fell from it, Channel 5 reported. Yet, he was not hit by another vehicle.

According to Britain's Mirror Online, he was pronounced dead at the scene with reports in Russia's official media rapidly claiming he had suffered "major heart failure" and died of "natural causes" – even before any autopsy was conducted.

Sergey Dorenko was born in Kerch, Ukraine's Crimea, on October 18, 1959. From October 1996 to September 2000, he hosted TV programs "Vremya" ("Time") and "Sergey Dorenko's Program" on the ORT channel. Until recently, he had been editor-in-chief of the Govorit Moskva ("Moscow Speaking") radio station.

According to Radio Free Europe/Radio Liberty, he made headlines in 2007 when he released an interview that he had conducted in April 1998 with FSB officer Aleksandr Litvinenko and other FSB officers in which they confessed that they had been ordered to kill, kidnap, or blackmail prominent politicians and businesspeople. Litvinenko died in London in 2006 of acute radiation poisoning.

In his programs and interviews, Dorenko has repeatedly expressed support of terrorists of self-proclaimed republics in Donbas, the so-called "DPR" and "LPR", as well as advocated the Russian annexation of Ukraine's Crimea.

"[We've] returned Sevastopol, [we] need to get Kyiv back. We need Kyiv, rather than Luhansk," he says on one of his videos in 2014. "You think I'm saying cynical things and the war should be stopped anyway. One should not use war as a tool of pressure. Do you want a recipe how to quickly end the war? Well, nothing's easier: non-aligned status of Ukraine, free elections of [regional] governors in Ukraine, the Russian language as a regional one, federalization of the budget in Ukraine, joint, synchronized with Russia, rapprochement with the European Union – that is, Ukraine does not join any European Union without us. So then you will get peace. Of course, you must recognize Crimea – I mean Russia's Crimea. That's all," he said.

"Dear Ukrainians, as soon as you get tired of fighting, just tell us. Remember – you're just one step from ending the war. You just need to want it – and just in a week, all the flies in Ukraine will fly to mouth-watering kebabs. And today, Ukrainian flies are still sitting on swelling dead bodies," Dorenko said, describing prospects for peace in Ukraine.

If you see a spelling error on our site, select it and press Ctrl+Enter
Tags:RussianPropagandajournalistpropagandist