The European Council has tasked EU foreign policy chief Federica Mogherini with creating a plan for a communication campaign to counter Russian propaganda on Ukraine, according to a draft order prepared for the EU summit, Reuters has reported. 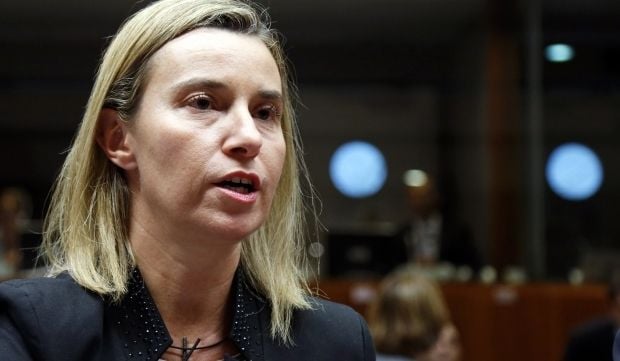 "The European Council stresses the need to challenge Russia's ongoing disinformation campaigns and invites the High Representative...to prepare by the June European Council an action plan on strategic communication in support of media freedom and EU values," the draft said.

It is expected that the document will be adopted at the EU summit scheduled for March 19-20. The next meeting of European leaders will take place in June.

Previously Mogherini stated that the European Union is working on strategic communications to counter "Russian-language propaganda" not only in the region of the Eastern Partnership or Russia, but also in the EU.

In addition, the foreign ministers of Estonia, Lithuania, Denmark and the United Kingdom suggested in a joint statement that the European Union launch a European TV channel designed for Russian-speaking residents of the community.

The idea was also supported by Ukraine.