The official results of Sunday's voting were expected to be announced in the coming days. 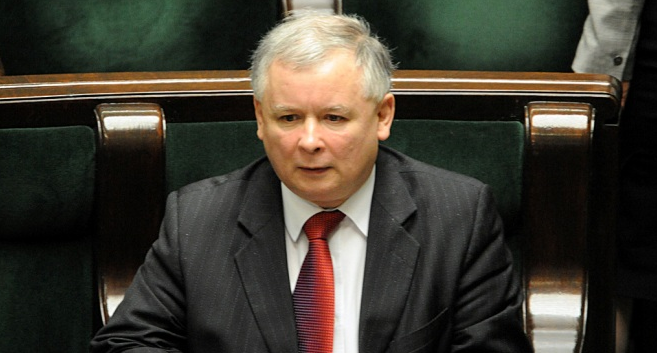 The leader of Poland's ruling conservatives on Sunday claimed victory in the country's European Parliament elections, but warned the real test for his party would come in a ballot to choose MPs later this year.

The governing Law and Justice (PiS) party garnered 42.4 percent of Sunday's vote, while the European Coalition alliance of opposition parties scored 39.1 percent, according to an exit poll, Radio Poland reported.

State broadcaster TVP reported that such a result would give PiS 24 seats in the European Parliament, up from 19 at present.

Other groupings finished a long way behind in the ballot, a key test ahead of Poland's parliamentary elections scheduled for the autumn.

Law and Justice leader Jarosław Kaczyński, whose party came to power in a landslide victory in late 2015, told cheering supporters on Sunday: "We've won, but we've won in a manner that must incline us to do some very hard work before the parliamentary elections."

He added: "The decisive battle for the future of our homeland will take place in the autumn, and we have to be victorious, even more victorious than now. That's an enormous challenge."

Grzegorz Schetyna, head of the Civic Platform, (PO), the biggest party in the opposition European Coalition, said the results were the start of a road to triumph in national parliamentary elections.

"We've built a coalition. We're very close. We're within reach of a win in the autumn," Schetyna said.

The official results of Sunday's voting were expected to be announced in the coming days.

If you see a spelling error on our site, select it and press Ctrl+Enter
Tags:PolandelectionsVictoryEuropeanParliament