Government Headquarters were blocked by groups of people overnight not to allow new ministers to proceed to their offices. 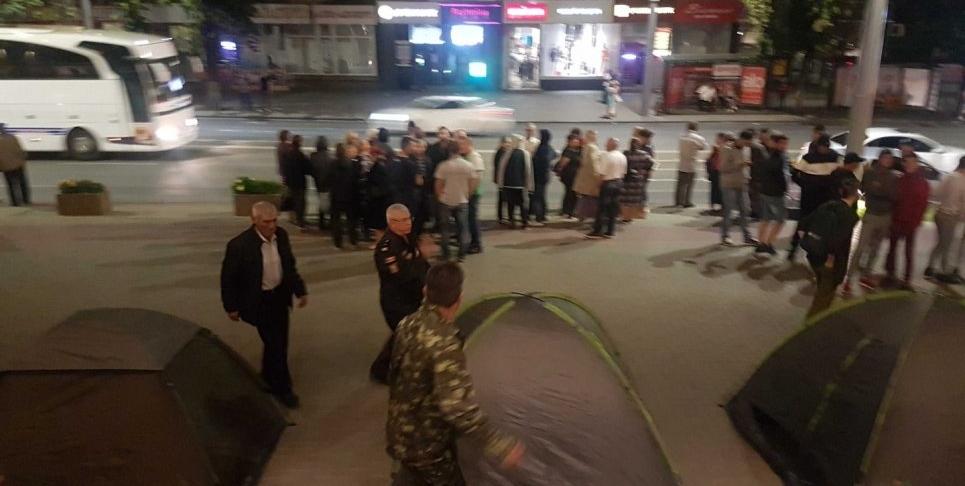 The Moldovan Parliament at an emergency meeting on Saturday, June 8, issued a declaration recognizing the country a "seized state," and formed a new government.

The move followed a ruling by the country's Constitutional Court declared illegal the deputies' actions. The Court stated that on June 7, the 90-day period expired for the parliament to form a new government, therefore such parliament must be dissolved, Newsmaker.md reports.

The declaration calls for abolishing the mixed electoral system and expressing a vote of no confidence in the Constitutional Court. The declaration also demands the resignation of the head of the Information and Security Service and head of the National Anti-Corruption Center.

At the same meeting, the new ministers took an oath of allegiance.

The Moldovan government will be headed by Maya Sandu, nominated by the country's President Igor Dodon. Earlier, MPs of the Moldovan Parliament elected its new speaker, Zinaida Grecianii, who is a leader of the Socialist Party), as well as three vice-speakers, a permanent parliamentary bureau, and the composition of specialized commissions.

At the same time, leader of the Democratic Party of Moldova Vladimir Plahotniuc stated that the Socialist Party and the Acum bloc were trying to usurp power.

Point.md, referring to TV8, wrote the Democratic Party was readying a protest action in Chisinau.

Government Headquarters overnight Sunday were blocked by groups of protesters, not to allow new ministers to proceed to their offices, Newsmaker reported, adding that the rallying groups treated journalists aggressively.

If you see a spelling error on our site, select it and press Ctrl+Enter
Tags:CabinetMoldovaParliamentConstitutionalCourt