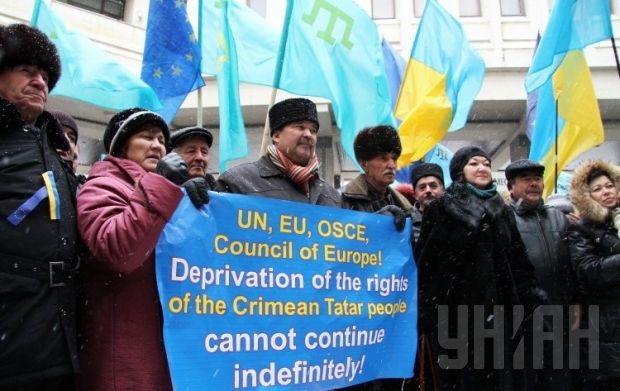 The Turkish president announced this at a joint press conference with his Ukrainian counterpart Petro Poroshenko in Kyiv on Friday, an UNIAN correspondent reported.

Erdogan expressed hope that Ukraine would also continue to support and safeguard the rights of all ethnic and religious groups, including the Crimean Tatars.

"We have closely been monitoring the situation around the Crimean Tatars, who have been under constant pressure for a year already. And we will continue to include our brothers' problems in the agenda of both bilateral relations and any other international platform," Erdogan said.

UNIAN reported earlier that Chairman of the Crimean Tatars' Mejlis Refat Chubarov said the Ukrainian military should have supported the Crimean Tatars way back in February 2014, when Russia launched the annexation of the peninsula.