The captain of the cruise liner Viking Sigyn – a 64-year-old man identified by police as C. Yuriy from Odesa, Ukraine – is being held as a suspect. 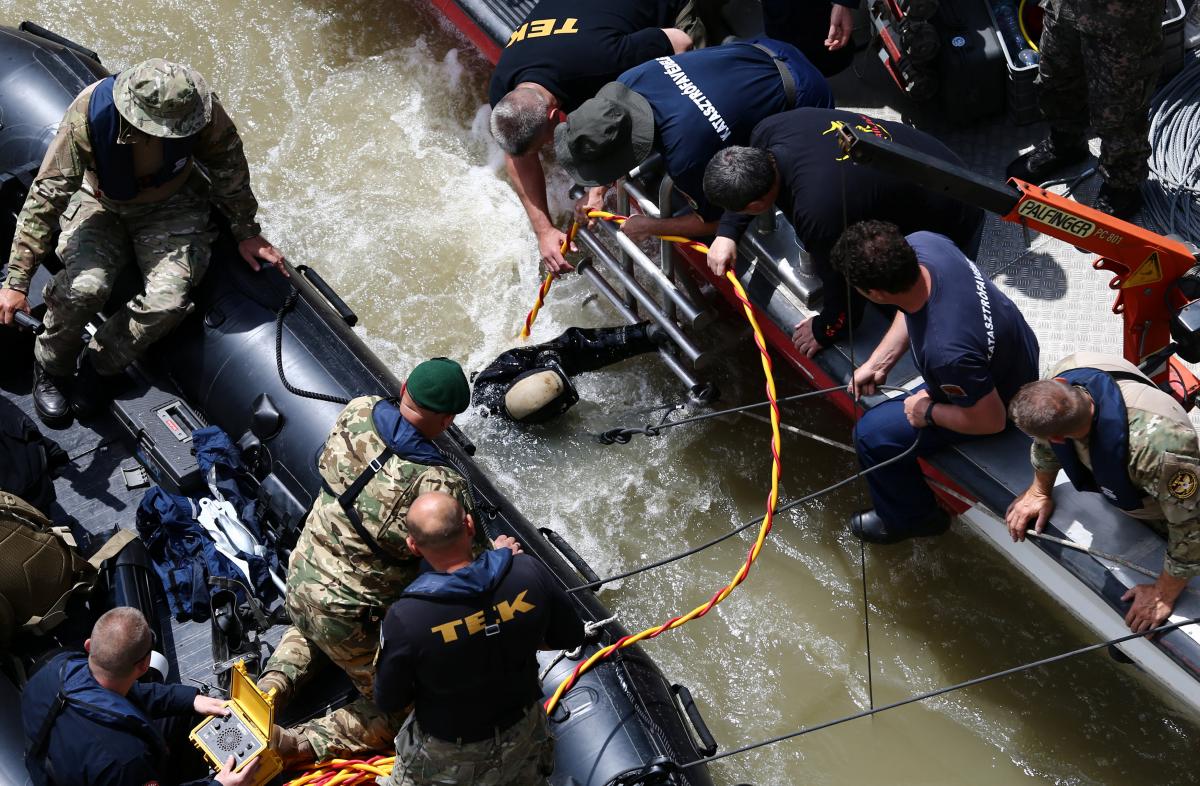 Salvage crews recovered four bodies on Tuesday as they slowly lifted the wreck of a boat two weeks after it capsized on the Danube River in Budapest with a group of South Korean tourists on board, officials said.

The Mermaid boat sank in seconds on May 29 after a large cruise liner hit it from behind under a bridge in the Hungarian capital during heavy rain, Reuters said.

Twenty-six of the tourists and the two Hungarian crew died in the worst disaster on the river in half a century. The bodies of all but four of the victims have now been recovered.

One of the bodies was spotted as the captain's cabin came to the surface, said the spokesman for Hungary's special forces, who are coordinating the recovery operation.

"Now we will make further checks ... in the parts of the boat where there could be further victims," Nandor Jasenszky said.

State news agency MTI reported that a total of four victims had been found on Tuesday and recovered by divers. Salvage crews saluted in respect as each body was removed.

Divers had pulled straps under the sunken wreck to allow a huge floating crane to start lifting it. Each level of the boat would be searched as it surfaced and the vessel would then be hoisted onto a barge, Jasenszky added.

The captain of the cruise liner Viking Sigyn – a 64-year-old man identified by police as C. Yuriy from Odesa, Ukraine – is being held as a suspect. His lawyers said he is devastated but did nothing wrong.

The captain was held under suspicion of misconduct in waterborne traffic leading to mass casualties, police have said.

Swiss-based Viking Cruises Ltd, which owns the Viking Sigyn, has said it is cooperating with Hungarian investigators.

If you see a spelling error on our site, select it and press Ctrl+Enter
Tags:HungarypoliceshipcruiselinerBudapesttouristsDanube River