The Dassault and Airbus Defence chiefs signed an agreement to offer the participating governments work on a next program stage, aimed at producing a flyable demonstrator in 2026. 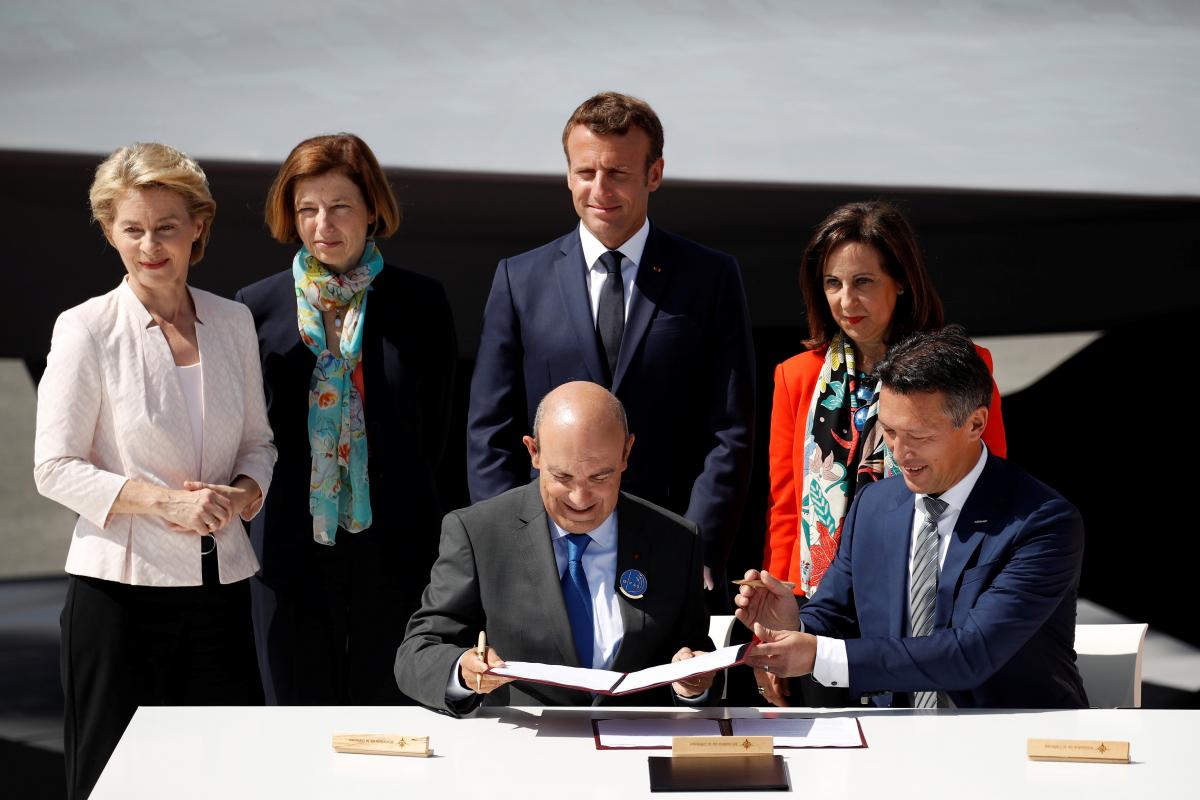 French President Emmanuel Macron and the defense ministers of Germany, France and Spain unveiled the mockup of a sixth-generation combat aircraft here today, moving forward with a project that they hope will become Europe’s primary aerial weapon within two decades or so.

The model is meant to be the main aircraft of the Future Air Combat System suite of weapons. No features were included in the stylized structure other than the general shape of a military aircraft, seemingly larger and flatter in appearance than today’s comparable fighter planes, Defense News reports.

That is likely because there isn't much agreement yet about what an aerial weapon set to hit the skies in 2040 will look like.

Joining the ceremony were Eric Trappier and Dirk Hoke, the heads of Dassault Aviation and Airbus Defence and Space, respectively. The industry duo forms the core of a what is expected to be a growing list of suppliers in Germany and France. Spanish companies, too, will get some of the work now that Madrid is fully part of the program, but those details remain to be sorted out.

Von der Leyen called FCAS a “big step forward for modernizing the Bundeswehr,” the German armed forces. “It's also a great day for the European defense union,” she added. “For the first time we initiate a European combat air system. The fact that Spain is joining us today emphasizes this goal.”

The Dassault and Airbus Defence chiefs signed an agreement to offer the participating governments work on a next program stage, aimed at producing a flyable demonstrator in 2026.

That means spending far larger sums than the tens of millions of dollars that have been in play so far. Hoke told reporters that Germany would have to pony up “several billions” of euros next year to go from studying the program to actually developing something.

To prepare lawmakers in the Bundestag for the significant investment, Airbus officials have swarmed out in recent weeks to explain what is at stake, Hoke said.

One of the hurdles for the company is assuaging parliamentarians that German industry will get a fair share of the work compared with their French counterparts. Some lawmakers fear that Dassault having the full weight of the Paris government behind it, and Airbus being a French-German-Spanish hybrid company, could lead to an unequal distribution as the program progresses.

If you see a spelling error on our site, select it and press Ctrl+Enter
Tags:FrancearmsGermanySpaindefensejet