The plane overshot the runway after landing, hit a small building and caught fire. 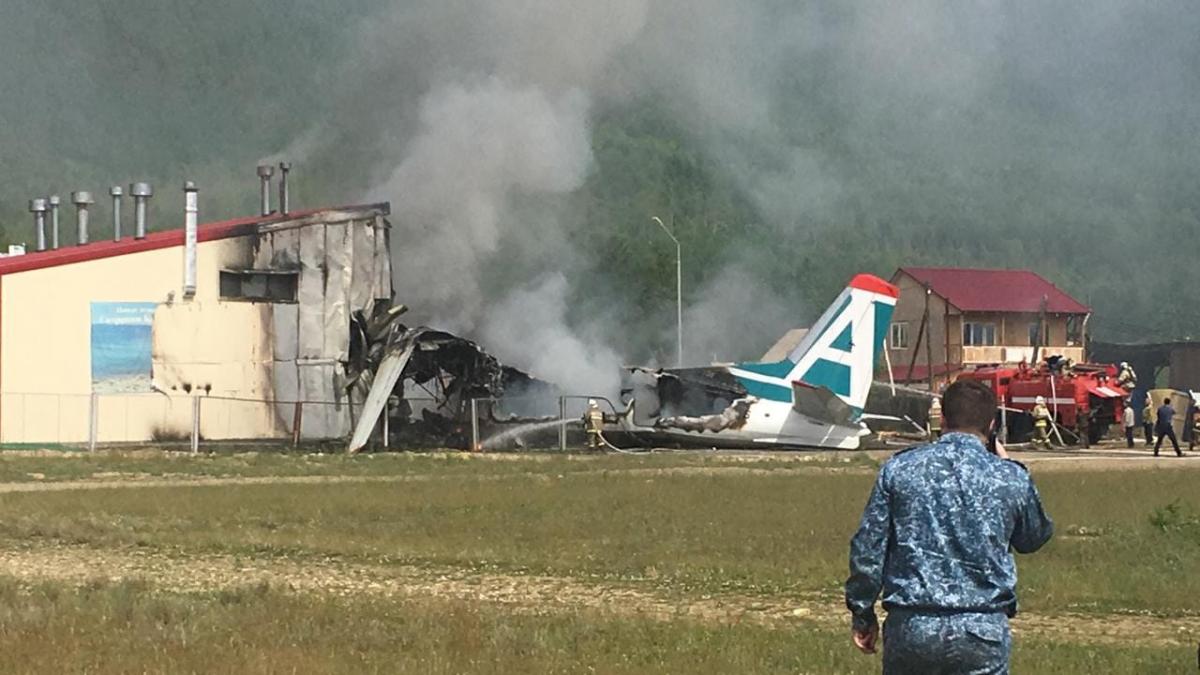 There were 46 people, including four crew, on board / Photo from Alekseiy Fishev, Facebook

Authorities say two people were killed and seven injured on June 27 when a passenger plane made an emergency landing at a regional airport in Russia's Buryatia Republic, in southern Siberia.

There were 46 people, including four crew, on board the twin turboprop Antonov An-24 plane, which was en route from the regional capital of Ulan-Ude to Nizhneangarsk, the region's Emergency Situations Ministry said in a statement, Radio Free Europe / Radio Liberty (RFL/RL) said.

The ministry said the plane overshot the runway after landing, hit a small building and caught fire.

The crew was reporting a failure of the control systems and the landing was conducted with one engine running, a source in the region's emergency services told TASS news agency. 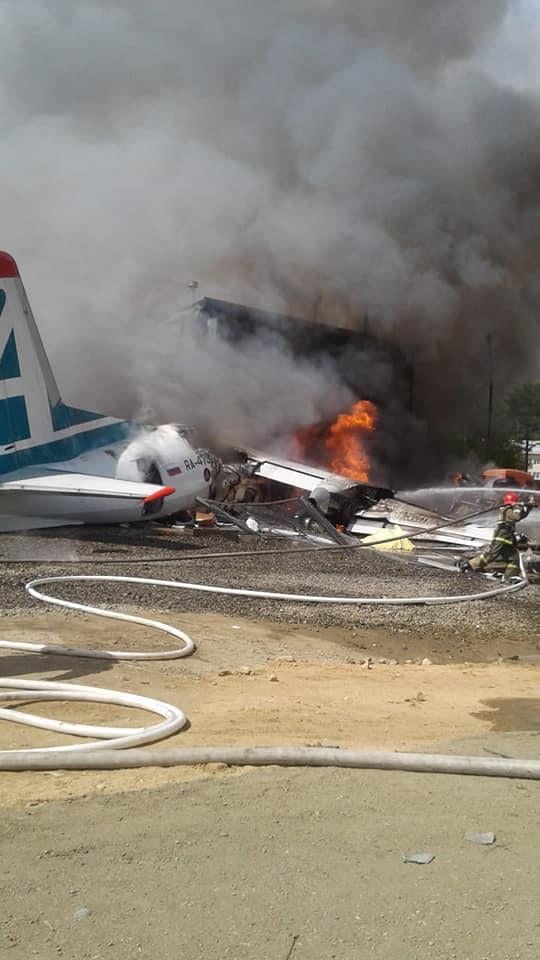 "They were reporting problems, control system failure, landing with one engine," the source said.

If you see a spelling error on our site, select it and press Ctrl+Enter
Tags:Russiaplanecrash