After his stop at the Vatican, Putin is scheduled to see both the Italian president and prime minister and is expected to return to Moscow later in the day following an official dinner. 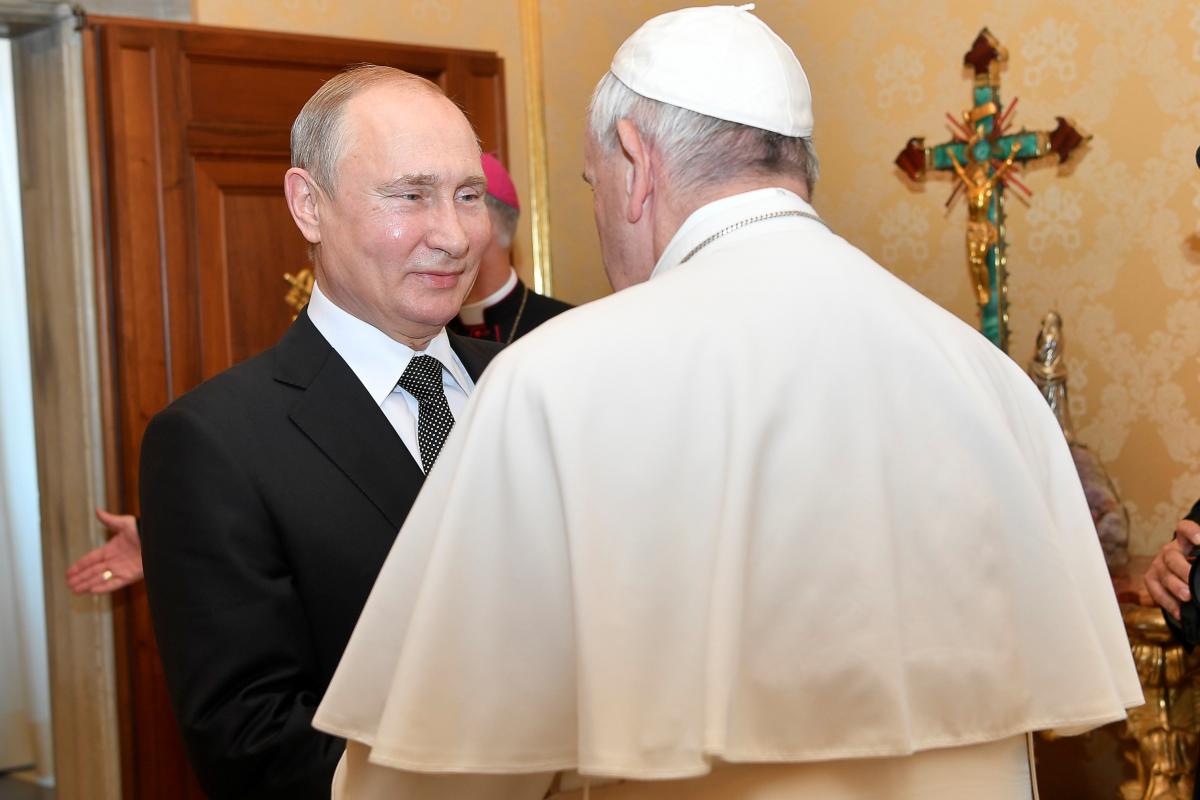 Russian President Vladimir Putin met Pope Francis on Thursday, a day before Ukraine's Catholic leaders were due at the Vatican to discuss their country's crisis, and amid speculation that his visit could be a prelude to the first trip by a pope to Russia.

"Thank you for the time you have dedicated to me," Putin said at the end of 55 minutes of talks, Reuters reported.

"It was a very substantive, interesting discussion," Putin was heard saying by reporters as he left the private study that the pontiff uses for official occasions. Details of their talks were not immediately given.

Putin, who has seen Francis twice before, arrived an hour late for Thursday's appointment. He was 50 minutes late for his first meeting with Pope Francis in 2013 and was more than an hour late for their second encounter in 2015.

After his stop at the Vatican, Putin is scheduled to see both the Italian president and prime minister and is expected to return to Moscow later in the day following an official dinner.

Ukraine, which remains a difficult issue in relations between the Vatican and Russia, was expected to be a main topic of discussions in the official papal library in the Vatican's Apostolic Palace.

When they last met in 2015, the pope urged Putin to make a "sincere and great effort" to achieve peace in Ukraine and help bring an end to fighting between Ukrainian government forces and pro-Russian forces in the east.

On Friday, leaders of Ukraine's Catholic Church and Vatican officials begin two days of meetings to discuss various problems in their country, a former Soviet republic.

Ukraine's religious world was made tense last year when the country's Orthodox Church, which for centuries effectively had been under control of the Russian Orthodox Church, declared its independence and set up a national Church.

Russia opposes the Ukrainian Orthodox Church having autocephalous, or self-governing status, saying the move had more political than religious motives. 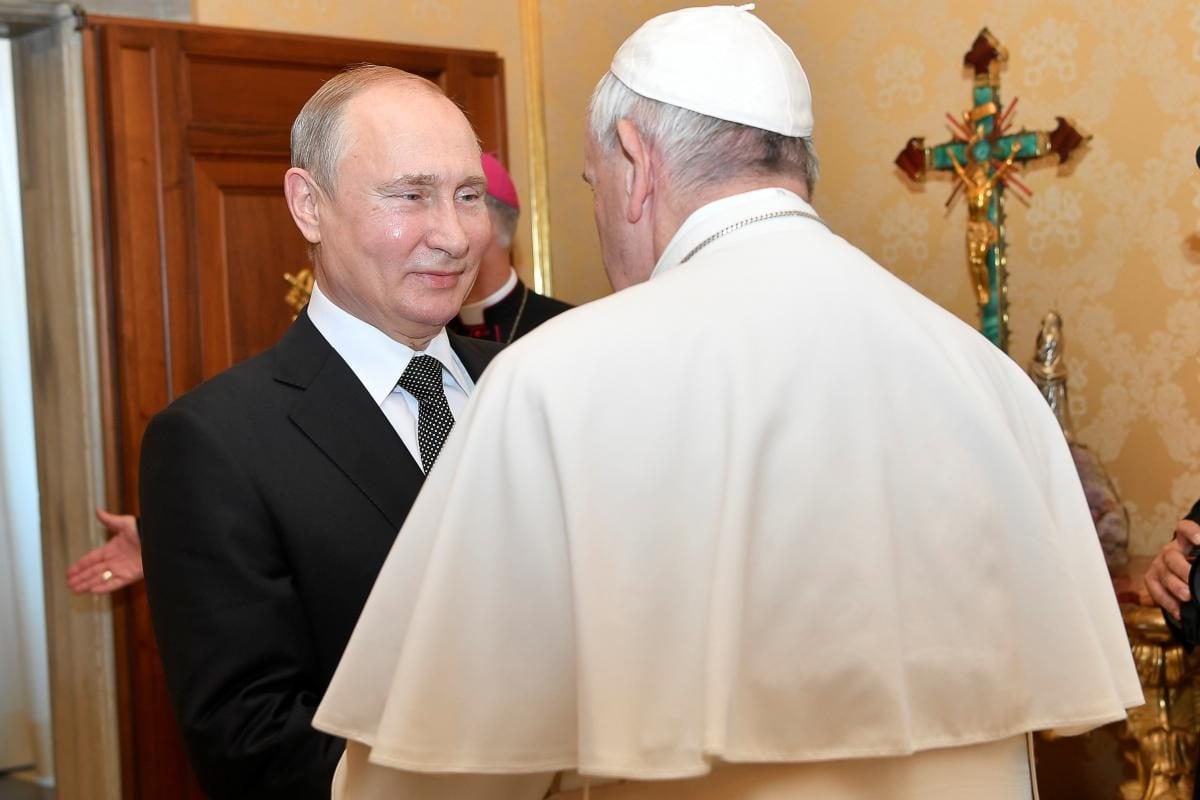 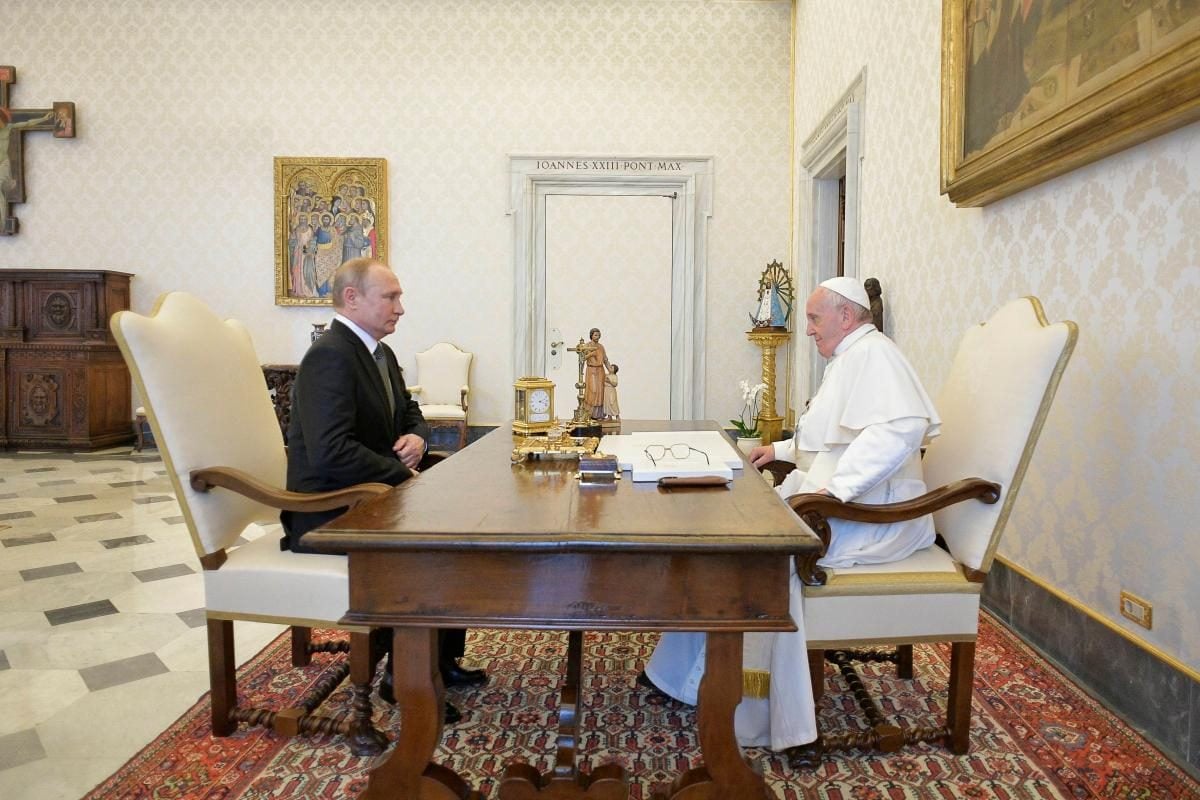 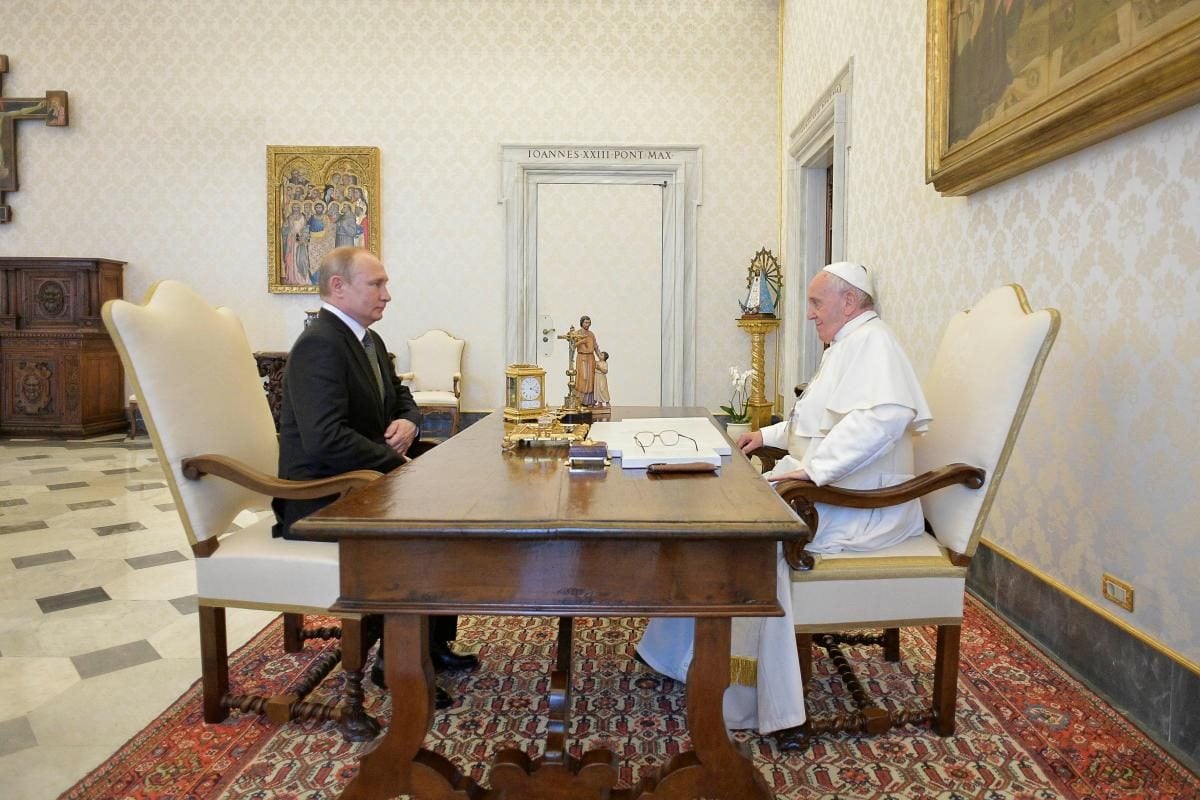 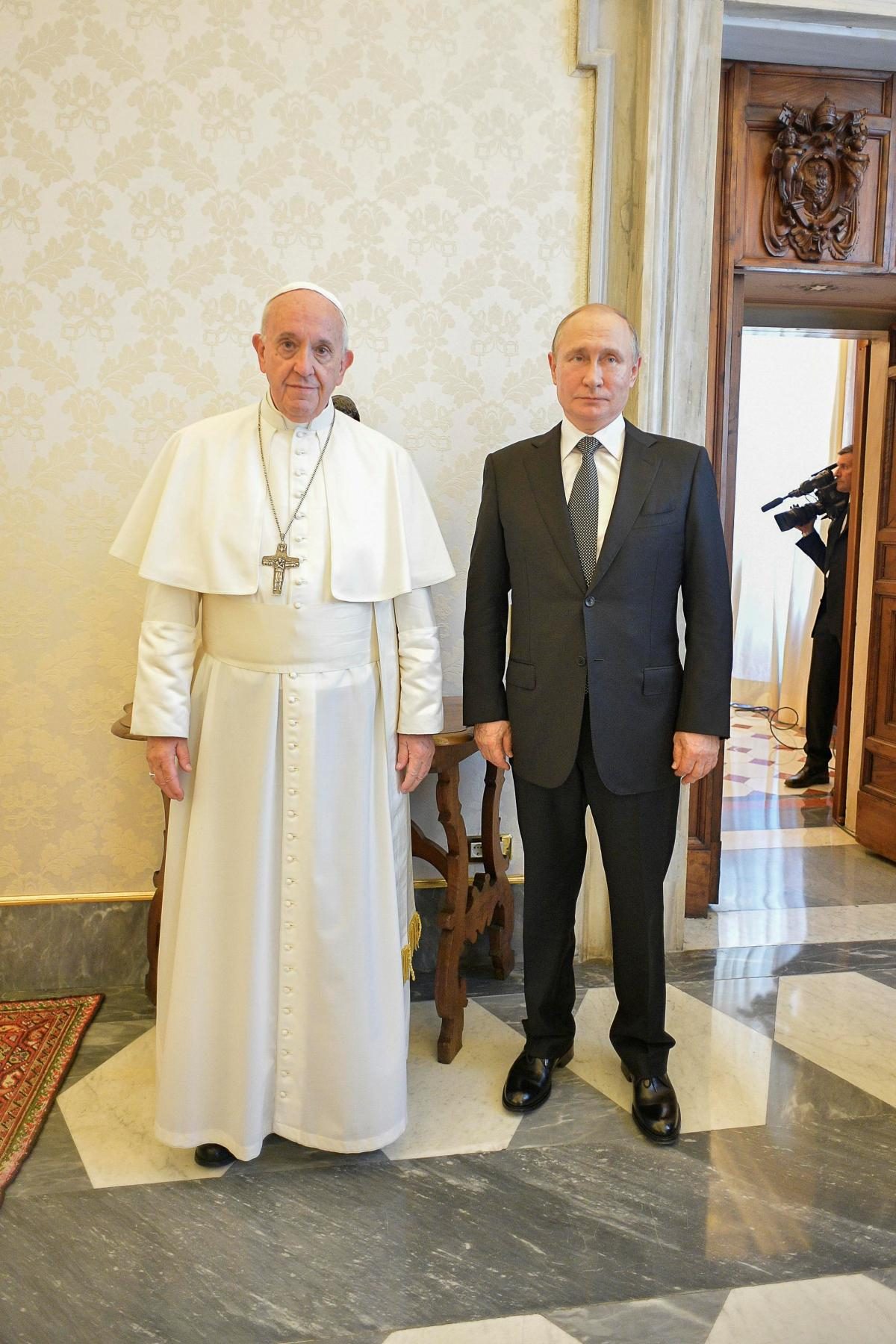 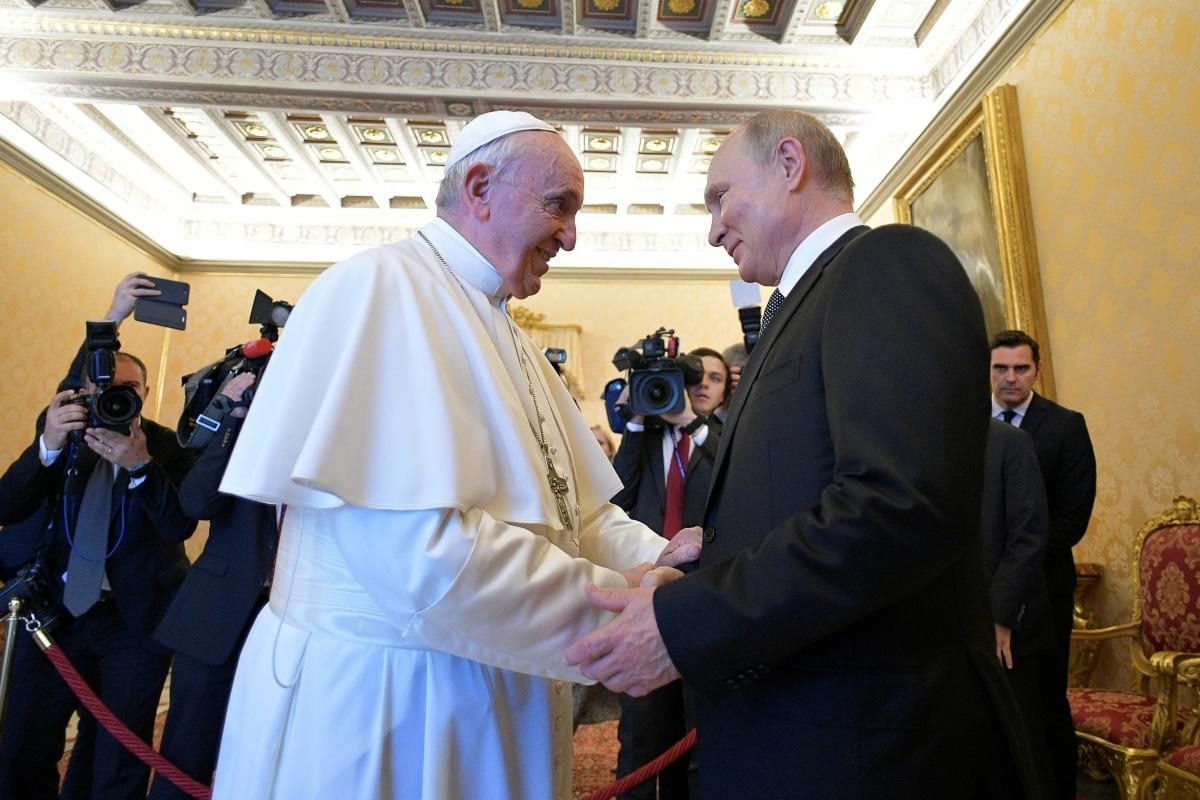 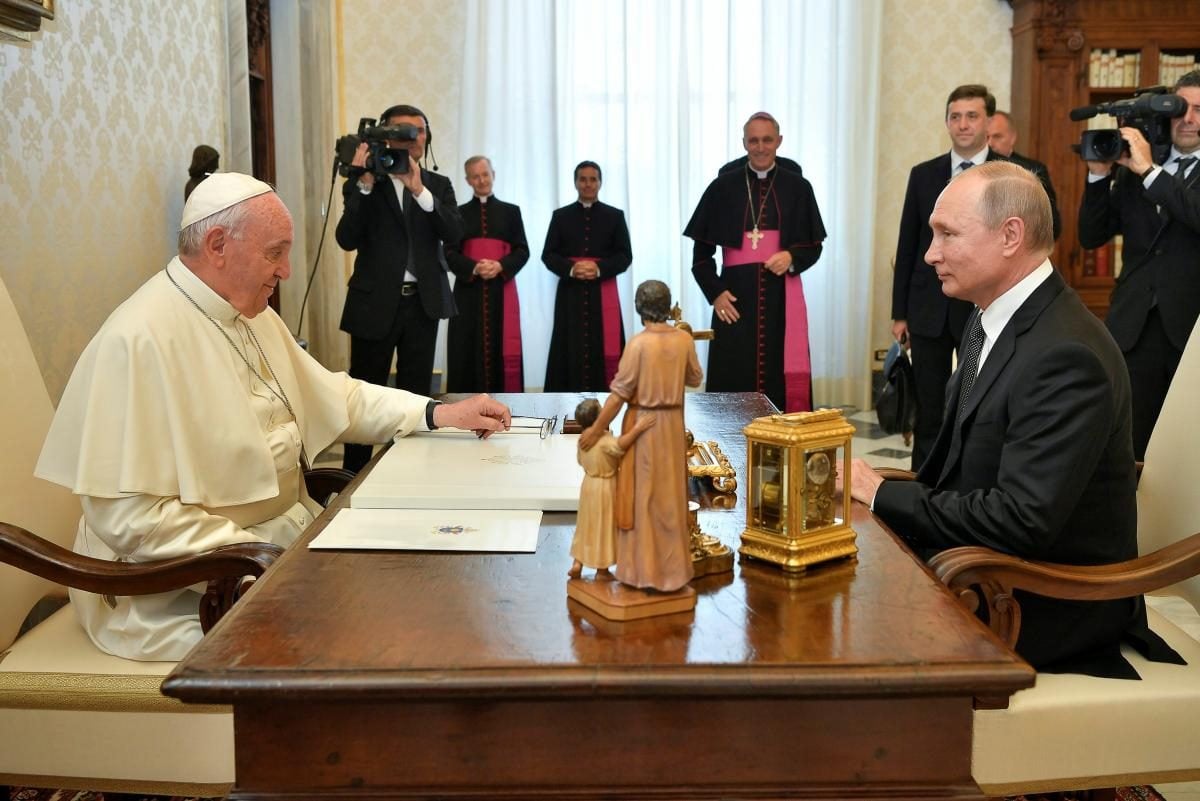 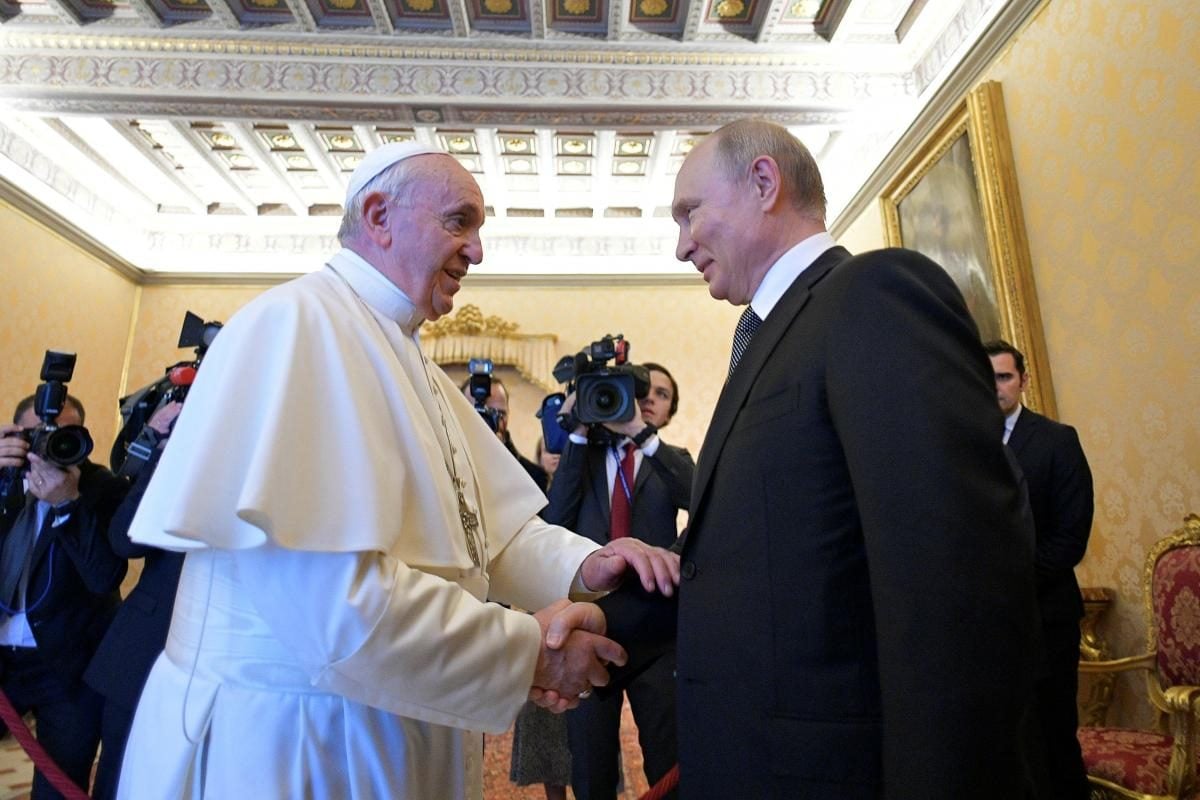 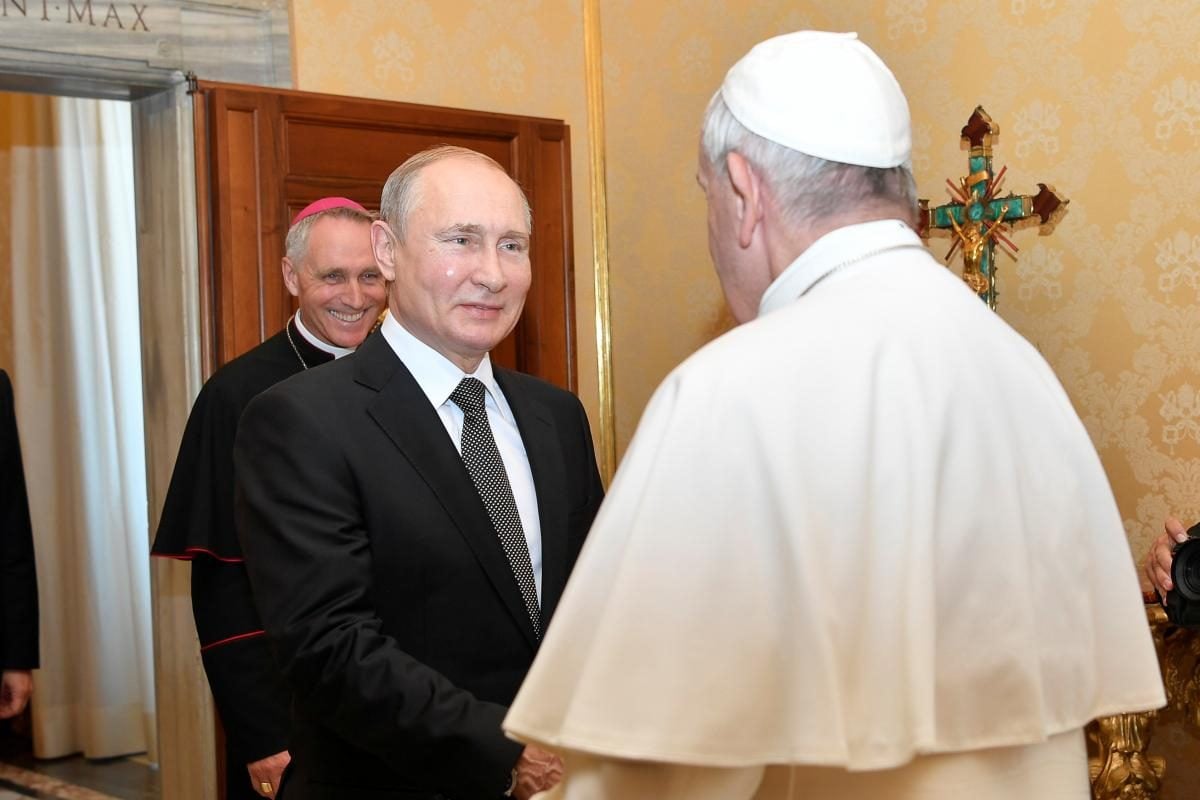 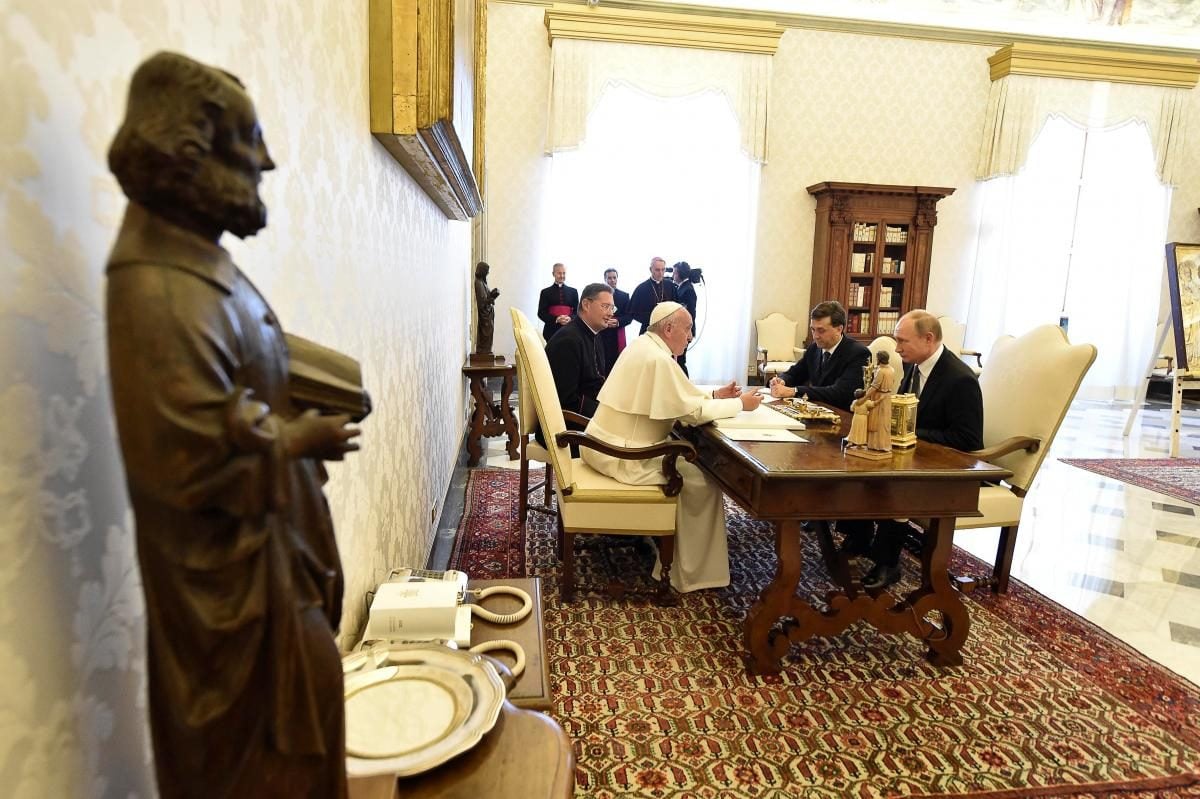 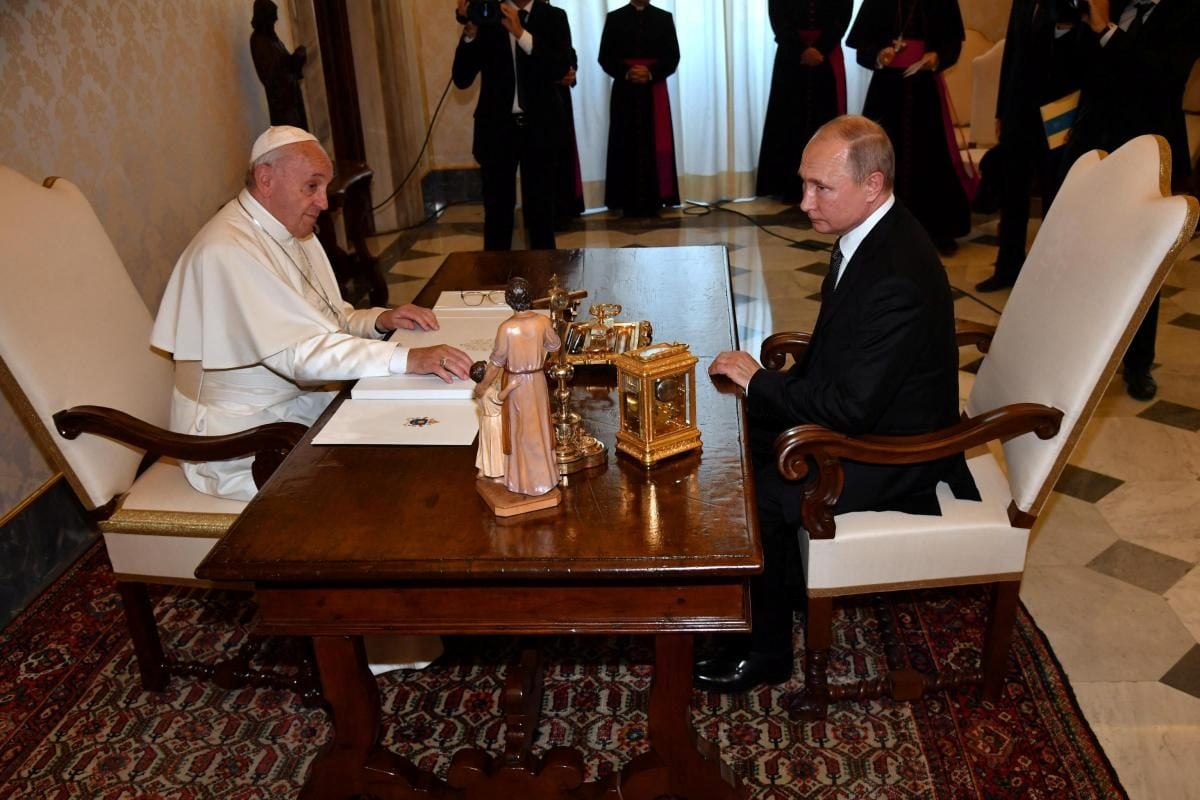 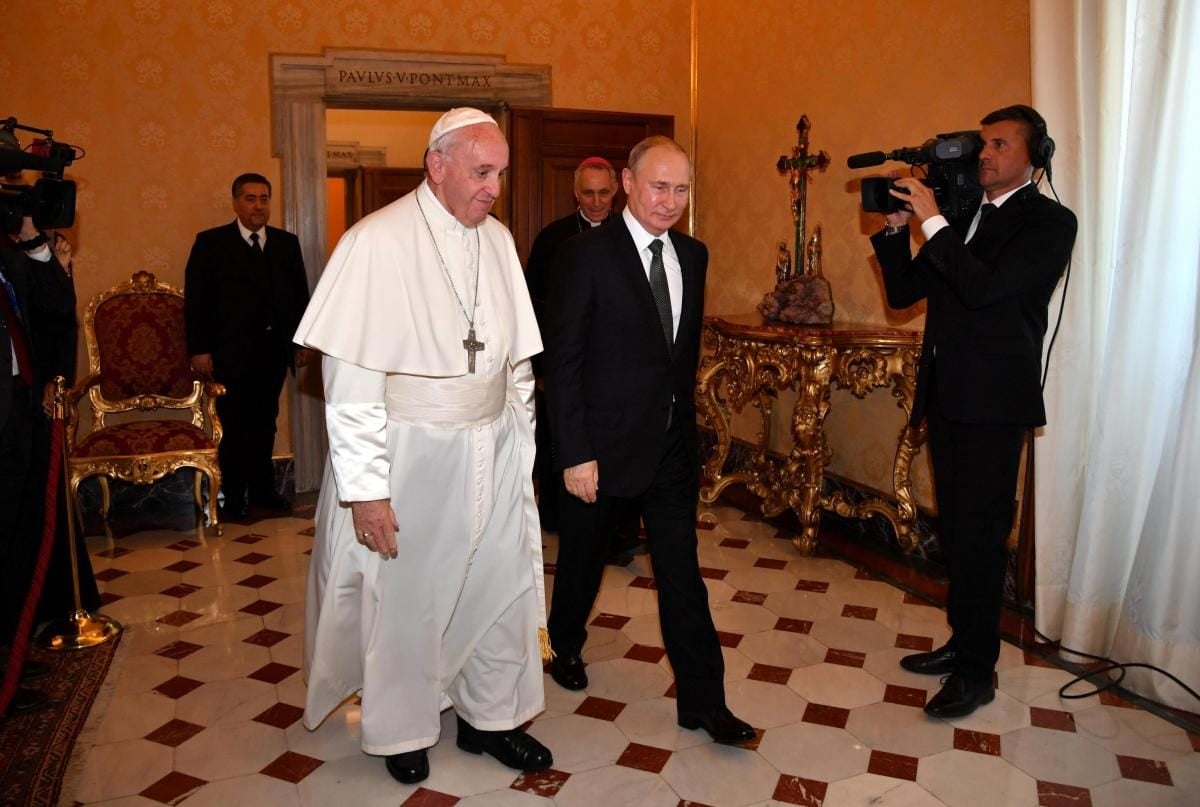 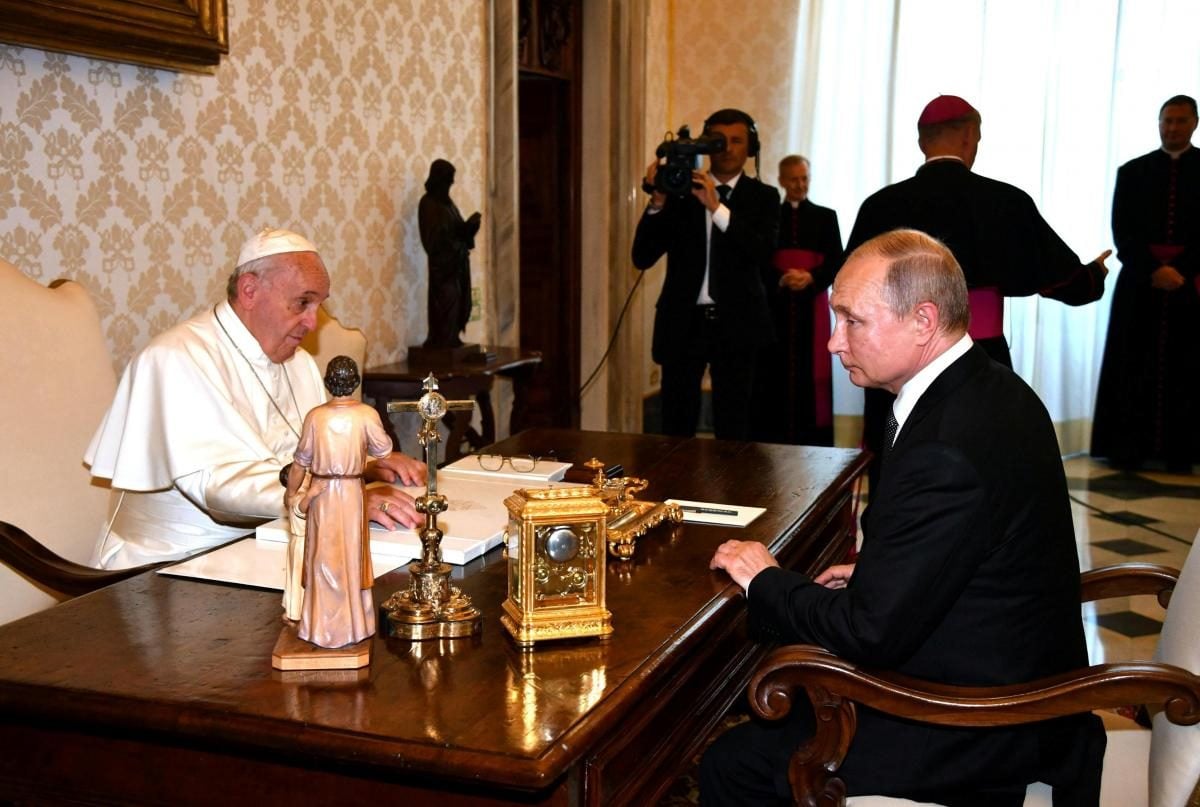 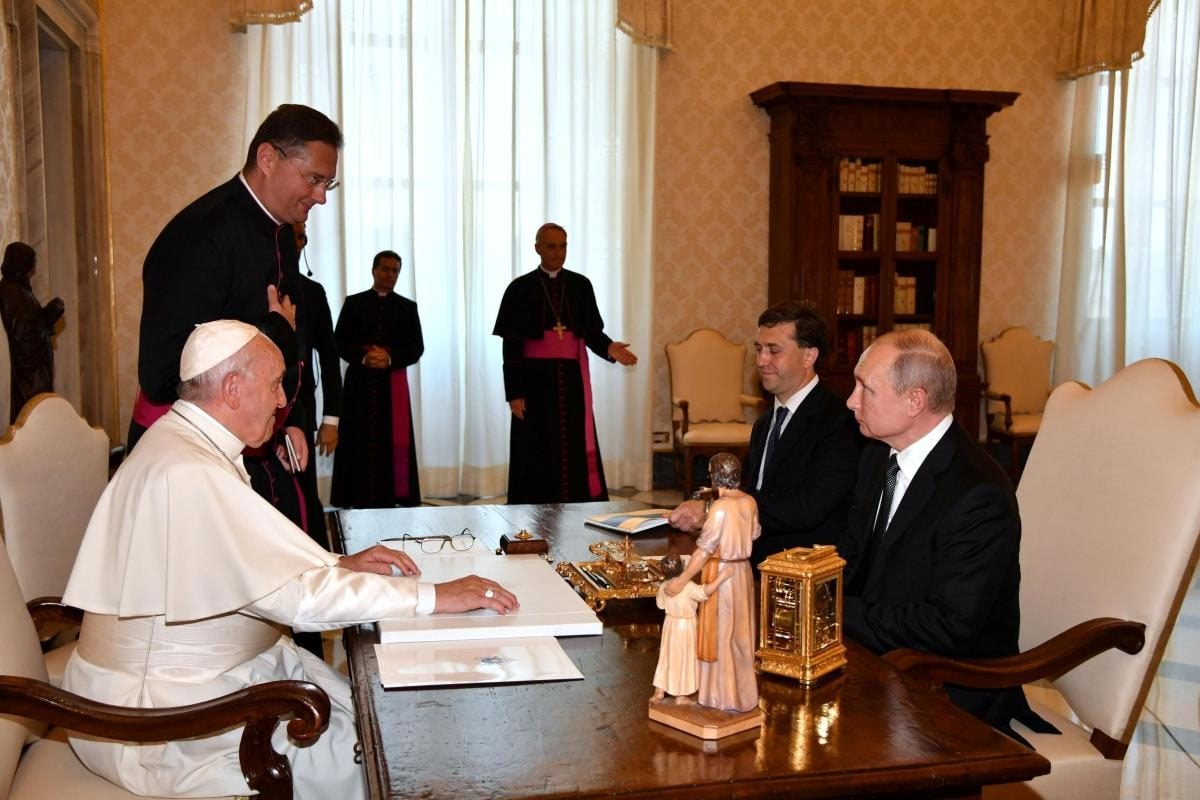 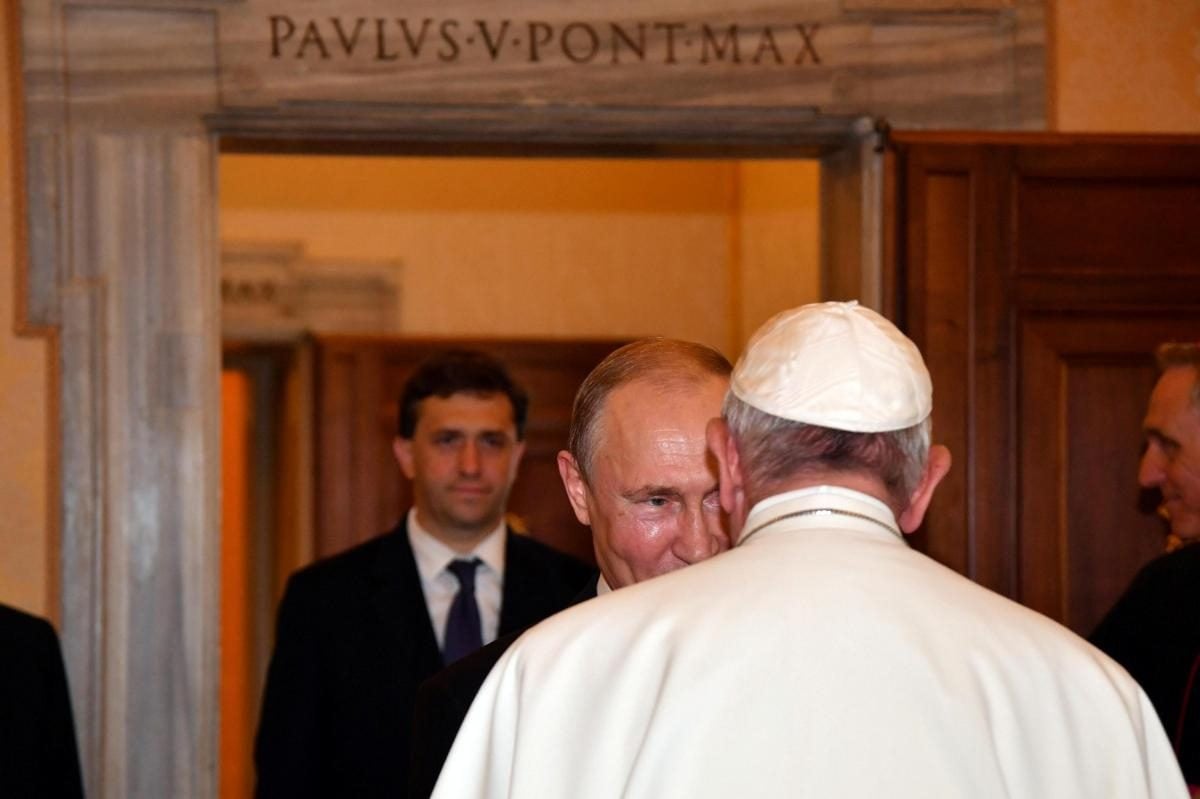 © REUTERS
If you see a spelling error on our site, select it and press Ctrl+Enter
Tags:RussiaPutinvisitItalyPopeFrancis