Dutch police investigating last July’s deadly shoot down of Malaysia Airlines Flight MH17 over eastern Ukraine issued a video on Monday calling for witnesses of the movement of a Buk missile launcher in eastern Ukraine, and information about its crew. 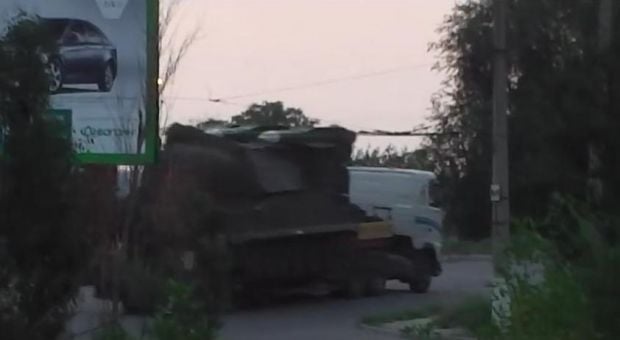 The video, in Russian with English subtitles, calls on people who may have seen the Buk at specified times and places to come forward with information, photographs and video, which they can upload to an Internet site.

The Dutch police, who are carrying out the criminal investigation into the shooting down of the airliner, said in the video that they would take all measures possible to ensure the safety of witnesses. They said even minor details from witnesses could be of value to the investigation.

In the video, police say the shooting down of MH17 by a missile from a Buk launcher sent into Ukraine from Russia is one of their main lines of inquiry. Dutch prosecutors in comments leaked to the press last week said that they had already established that MH17 was shot down by a Buk missile launcher, and that the investigation was now moving on to the stage of building a criminal case on the incident.

The video includes photographs and video of the Buk system taken on the day of the shooting down of MH17 and the day after as it is moved around Russian-backed militant-occupied eastern Ukraine. The video also includes alleged intercepts of militants discussing the movements of the Buk, which indicate that after shooting down MH17, the Buk was quickly moved out of Ukraine and back into Russia.

The scenario outlined in the video closely matches an independent investigation carried out by the online research group Bellingcat, headed by online researcher Eliot Higgins, using open-source information gleaned from the Internet.

“The new Dutch police video on the MH17 Buk seems to match with the work we've done on @Bellingcat. No mentions of SU-25s anywhere either,” Higgins tweeted on Monday, referring to a theory put forward by Russia’s defense ministry that a Ukrainian Su-25 ground attack aircraft was responsible for shooting down MH17.

A final report on the downing of MH17 is expected to be released by the investigating team in October this year.

VIDEO: Dutch police ask for witnesses to movement of Buk in east Ukraine (in Russian, with English subtitles.)