The raids were part of an investigation into Italian far-right help for Russian-backed forces in eastern Ukraine. 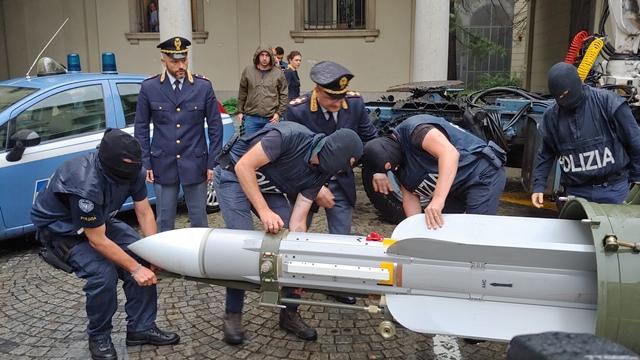 Anti-terrorism police in northern Italy have seized an air-to-air missile and other sophisticated weapons during raids on far-right extremist groups.

Three people were arrested – two of them near Forli airport, the BBC reported.

Neo-Nazi propaganda was also seized, in raids in several cities.

Italian media say the raids were part of an investigation into Italian far-right help for Russian-backed forces in eastern Ukraine.

The missile is reported to be Qatari.

On July 3, a court in Genoa jailed three men who were found guilty of fighting alongside the Russian-backed forces who control a large swathe of Ukraine's Donetsk and Luhansk regions.

Two of them – Italian Antonio Cataldo and Albanian-born Olsi Krutani – got terms of two years and eight months. The third, Moldovan citizen Vladimir Vrbitchii, got one year and four months.

If you see a spelling error on our site, select it and press Ctrl+Enter
Tags:terroristItaly