The freezer trawler that sank in the Sea of Okhotsk off the coast of Kamchatka listed badly and sank while hauling in fishing nets, Minister of Special Programs of Kamchatka Krai Sergey Khabarov has said, Ukrainian newspaper Novoe Vremya has reported, quoting local agency KamInform. 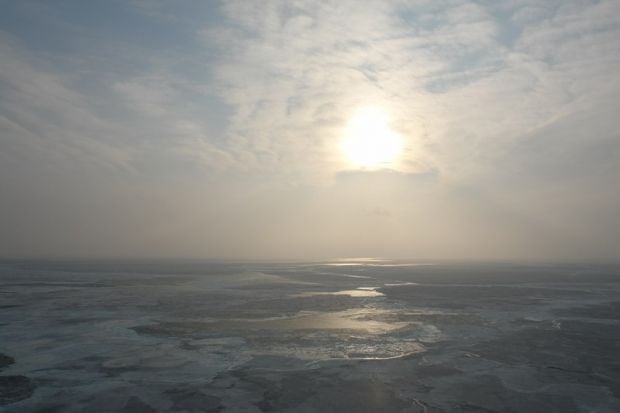 According to Khabarov, at the time of the accident fishermen were lifting fishing nets weighing 100 tonnes.

"There may have been mistakes made that led to the tragedy," he said, but added that this is "only a hypothesis."

“We are considering another version - the vessel could have collided with a drifting ice that caused a hull breach and gone to the bottom,” Khabarov said.

The Kamchatka publication Kam24 contacted by satellite phone the captain of the Heroes of Damansky ship, Oleg Davydov, who was taking part in the rescue operation. According to him, the trawler sank early in the morning, "before dawn, in the dark," in bad weather with "snow, wind, and waves of two to three meters."

Davydov said that his ship saved four sailors from the Dalniy Vostok trawler, who said that the ship had heeled over very quickly.

"The flooding began over the stern of the vessel - that is, it sank nose up," the publication was told.

The captain of the trawler is missing, and search and rescue operations continue.