These types of weapons put on display practically prove that Russian airborne troops are using cluster explosives in the Syrian conflict. 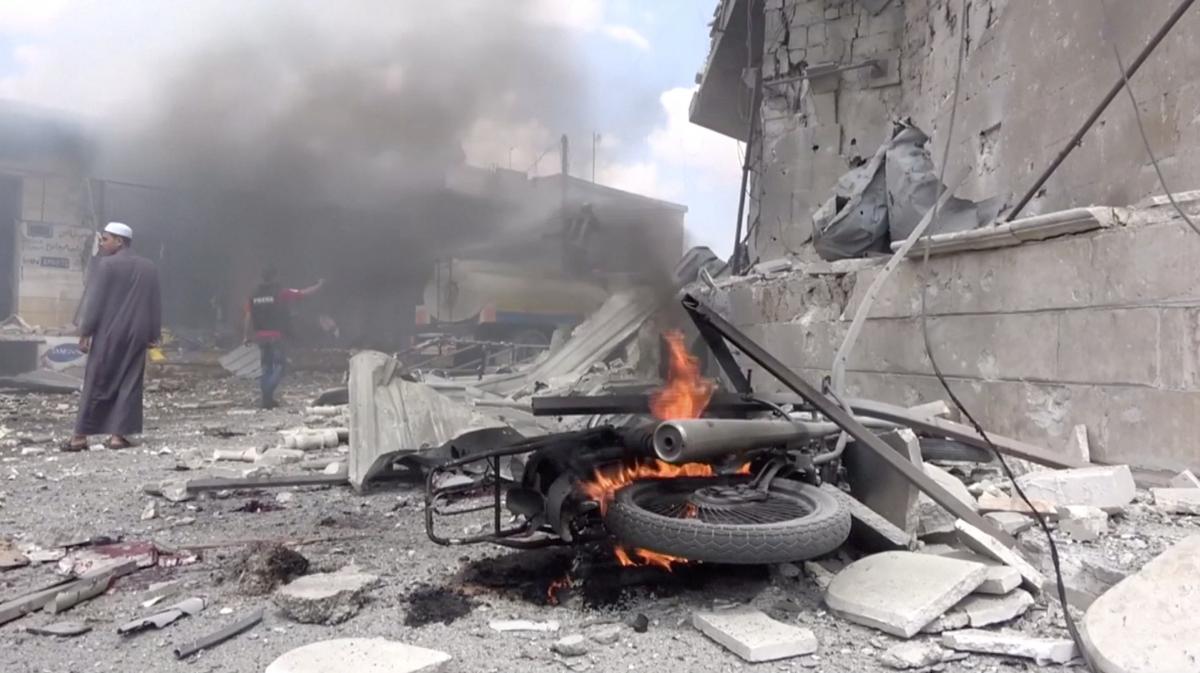 A new exhibition at the Patriot military exhibition park outside Moscow features cluster bombs among weapons that Russian forces have deployed in the Syrian conflict.

The Conflict Intelligence Team (CIT), a Russian investigative journalism organization noted that the models of RBK-500 AO-2.5PT and the RBK-500 ShOAB-0.5 cluster bombs were on view at the exhibition in a pavilion labeled "An Exposition of Arms and Equipment Deployed in the Course of Military Activities in the Syrian Arab Republic," Meduza wrote.

The CIT argued that the presence of cluster bombs at the exhibition practically proves that "Russian airborne troops are using cluster explosives" in the Syrian conflict.

The group previously wrote about possible cluster bomb use in a 2016 investigation. That report asserted that Russian planes flying out of Khmeimim Air Base in Syria were carrying multiple models of cluster bombs.

Cluster bombs also appeared in an RT video segment on Defense Minister Sergey Shoigu's visit to the Khmeimim Air Base in June 2016. The channel later edited the segment, removing the frames containing the bombs "to protect the security of a servicemember" who also came into view of the camera. RT subsequently republished the original version of the video.

Russia's Defense Ministry has denied that its forces are using cluster bombs in Syria. Defense Ministry representative Igor Konashenkov has stated that no such explosives are present at the Khmeimim base at all.

Cluster bombs are proscribed by the Convention on Cluster Munitions, adopted in Dublin on May 30, 2008.

If you see a spelling error on our site, select it and press Ctrl+Enter
Tags:RussiaSyriabombexhibit