Germany will in future take up a proper position in the conflict between Ukraine and Russia, but not yet, chess grandmaster, writer and political activist Garry Kasparov said in an interview with Ukrainian news broadcaster TSN on Friday. 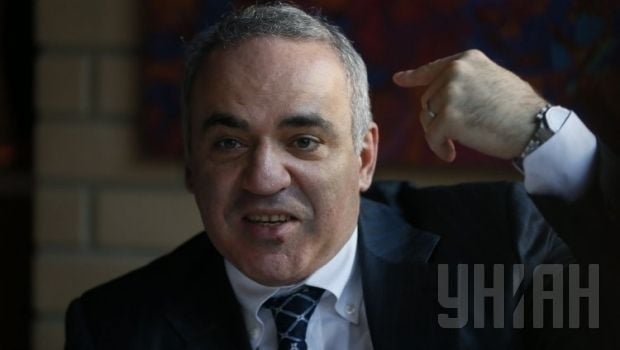 According to Kasparov, Ukraine cannot wait for German leader Angela Merkel to take up the leadership role in Europe that Germany could play if there were no Russian lobbying efforts.

"The toughest position [against Russia] belongs to the UK, but unfortunately it does not play a role in Europe. As for France, it is impossible to expect anything from it," he said.

"Therefore, Merkel should look for some algorithm of interaction with those countries that are currently working on lifting sanctions. These are the countries that have various forms of financial dependence on Russia. For example, Hungary, Greece, and Cyprus," Kasparov said.

Kasparov also noted the situation in the Czech Republic and Slovakia.

"There's no Russian business there, [but] there is the presence of Russian money and clear ties of the leaders of these countries, first of all the Czech president, who was elected with money from Lukoil, as well as former Czech President Vaclav Klaus, who openly supports Putin," Kasparov said.

"The fact that some political figures of the Czech Republic, Slovakia, and Hungary can support Putin is an insult to the memory of their citizens who died under the tracks of Soviet tanks in 1956 and 1968," Kasparov said.