US and UK send military to exercises in Kazakhstan

Members of the UK and U.S. military have arrived at the Iliyskiy training grounds in Kazakhstan to participate in the Steppe Eagle-2015 international peacekeeping training exercises, the BBC’s Russian Service reported on Friday. 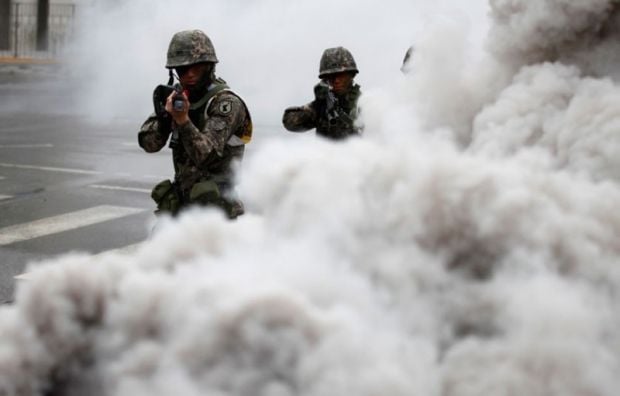 According to the Ministry of Defense of Kazakhstan, the Steppe Eagle exercises will take place in two stages. The first stage will last from April 6 to April 17, while the second stage is scheduled for June.

During the first stage, the UK military will conduct tactical exercises with the Kazbat-1 unit.

The U.S. military will conduct exercises to improve the decision-making procedures with the Kazbrig and Kazbat units.

According to the Ministry of Defense of Kazakhstan, the Steppe Eagle-2015 exercises will be attended by servicemen from Kazakhstan, the United States, the UK, Kyrgyzstan, Tajikistan and Turkey.