More than 1,300 people were detained. 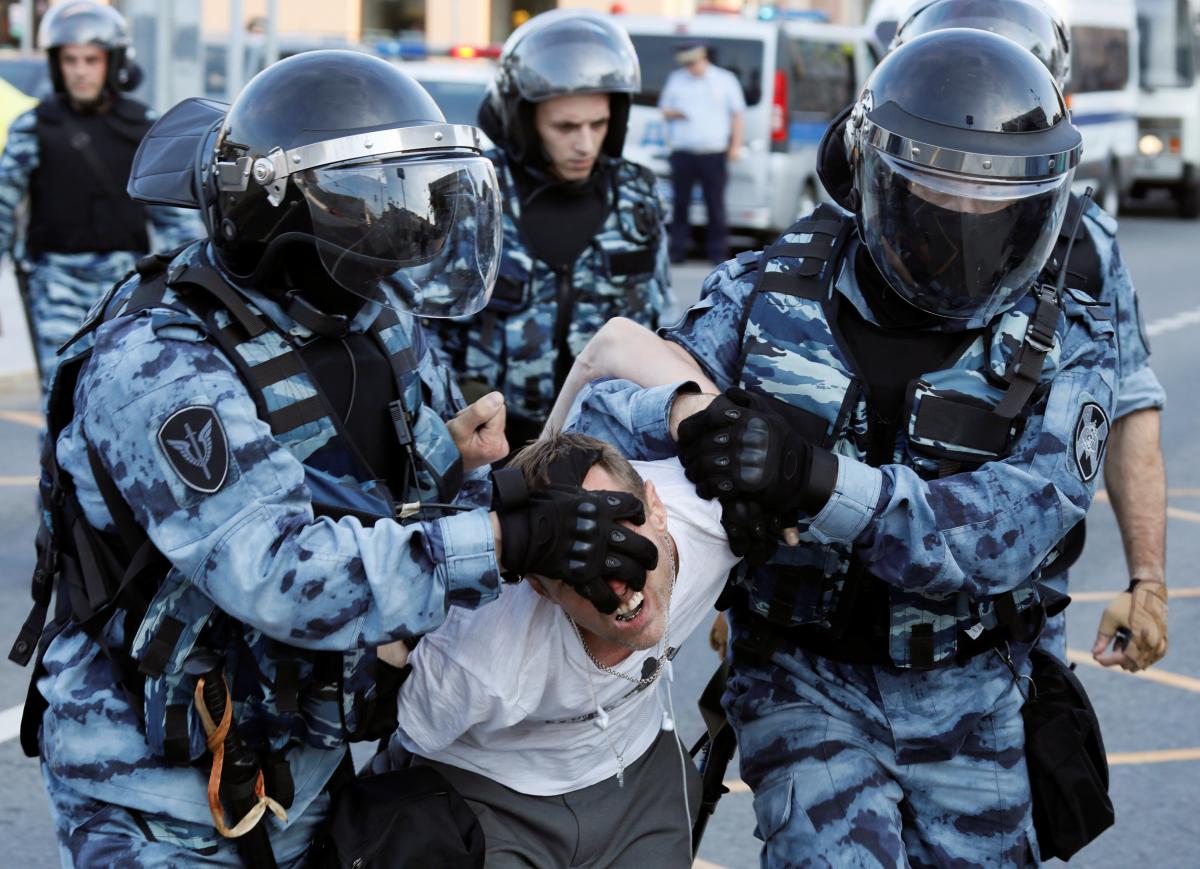 The European Union has condemned mass detentions of protesters who took to streets in Moscow for rallies against alleged irregularities in the run-up to local elections.

"These detentions, and the disproportionate use of force against peaceful protesters, follow the worrying series of arrests and police raids against opposition politicians carried out in recent days, and once again seriously undermine the fundamental freedoms of expression, association and assembly," EU Spokesperson Maja Kocijancic said in a statement on July 27 on the detention of over a thousand peaceful protesters in Moscow.

"These fundamental rights are enshrined in the Russian constitution and we expect them to be protected," she said.

"We expect the authorities of the Russian Federation to respect Russia's OSCE commitments and other international obligations when conducting the upcoming local elections," she added.

As was earlier reported, more than 1,300 people were detained in the center of Moscow amid protests calling for free and democratic elections in Moscow in September 2019.

"For the upcoming local elections in September 2019 to represent a genuinely democratic process, it is essential to create the conditions for a level playing field and an inclusive political environment," Kocijancic said.

If you see a spelling error on our site, select it and press Ctrl+Enter
Tags:protestsEuropeanUnionMoscow