If Nord Stream 2 and TurkStream 2 projects are realized, this will allow Gazprom to manipulate volumes of gas and routes of supply. 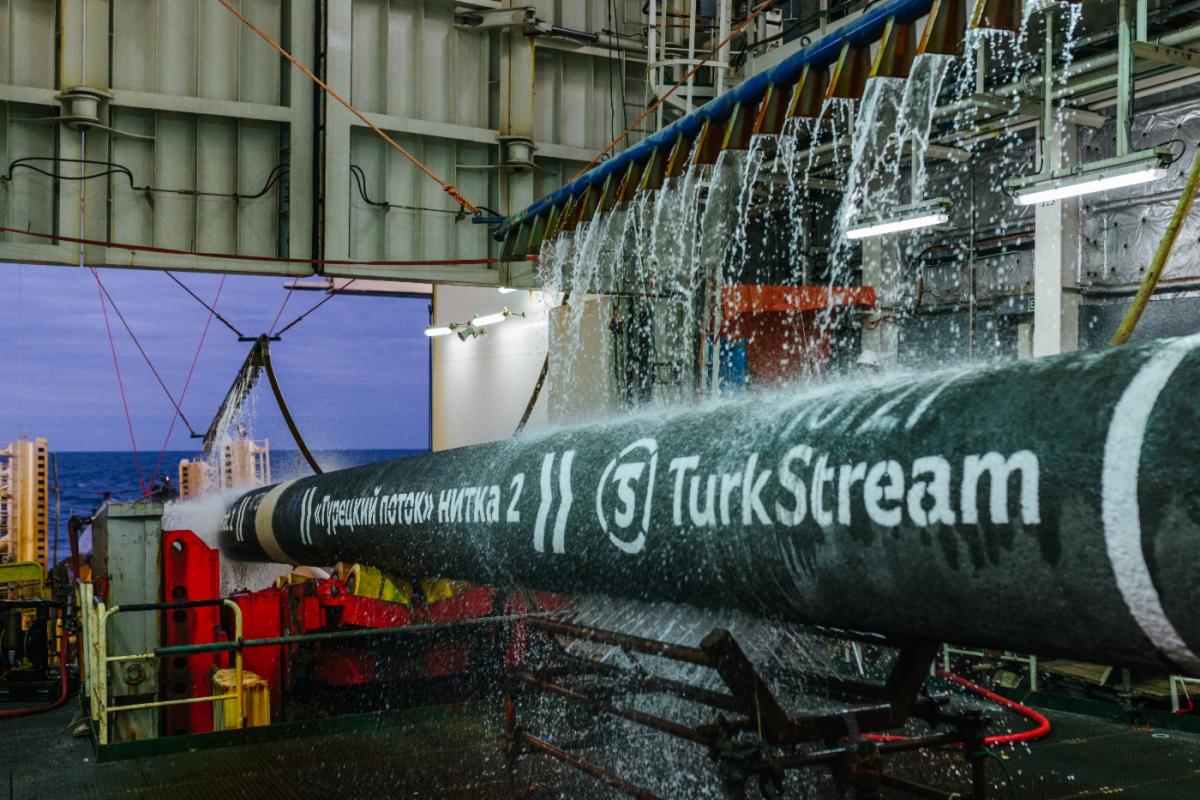 Along with Nord Stream 2 project, Gazprom’s TurkStream pipeline could strengthen Russia’s influence in the European energy market, as well as could cement Turkey’s status as a lead recipient of Russian gas, at a time of relatively strong Turkish-Russian relations.

Unlike the case of the Nord Stream 2 gas pipeline, Gazprom has not encountered any major obstacles while constructing TurkStream. In 2018, Russia had supplied approximately 40% of the EU natural gas import and about 53% of Turkey’s. Turkey is the second biggest market for the Russian gas after Germany, according to an oped published by Kafkassam, a center for strategic studies in Turkey.

However, some Western experts believe that excess gas capacity can be used as a geopolitical lever in dependent countries.

Until recently, Donald Trump Administration in the U.S. and some congressmen positioned themselves to be opponents of the Russian pipelines, trying to limit Russian gas dominance in Europe. The latest Trump-Erdogan meeting showed that Trump chose to leave some space for maneuvre. It remains an open question whether Trump will impose sanctions over the TurkStream pipeline.

Between Turkey and Russia, a strategic stake has been created in the form of a package of major joint projects and their accompanying contracts. The $ 2.5 billion S-400 arms deal complements Rosatom's construction of the first on the Turkish territory the Akkuyu NPP on the Mediterranean coast of the country and the TurkStream gas pipeline with a potentially access to the European market. The nuclear power plant, the gas pipeline and the S-400 in total express the signs of a "geopolitical choice" of Turkey.

Ankara's primary motivation for TurkStream appears to be its strategic vision to use Turkey's geographic position as the land-bridge between Europe and the gas-rich regions of the Middle East and Caspian Basin to become a major energy hub.

Many analysts view TurkStream as a counter to the U.S.- backed Southern Gas Corridor project, which is to transport natural gas from Azerbaijan to Europe. The Southern Gas Corridor consists of three pipelines: the South Caucasus Pipeline (SCP) in Azerbaijan and Georgia, the TransAnatolian Pipeline (TANAP) through Turkey; and the Trans Adriatic Pipeline (TAP), currently under construction from Greece to Italy, via Albania. The total capacity of the Southern Gas Corridor is 16 bcm per year, that equals the first string of the TurkStream intended for the Turkish market. First test deliveries through TANAP to Turkey began in June 2018, and TAP is scheduled to become operational in 2020.

Read alsoRussia could set up another gas crisis for Ukraine if no new transit agreement signed, Klimkin admits

Russian exports from TurkStream will account for approximately 35% of Turkey’s overall gas consumption. But the question remains complicated, whether Turkey has a real choice to avoid overdependence on Russian gas. In this regard the United States, seeking to prevent a further rapprochement between Turkey and Russia, is actively lobbying for the Trans-Caspian Gas Pipeline Initiative (TCGP).

With first line of TurkStream scheduled to become operational in the end of 2019, Turkey's energy outlook remains closely bound to Russian natural gas giant – Gazprom. Ankara managed to elicit a 10.25% discount from Gazprom, arguably due, at least in part, to TANAP offering Turkey the potential to reduce its import volume of Russian gas. Nonetheless, Russian exports from TurkStream will account for approximately 35% of Turkey's overall gas consumption, entrenching Russia's unassailable position in Europe's energy market.

Growing LNG-capacities in Europe will be a constraint for Turkey in its path to dictate terms to the EU as a regional gas hub. Instead, it should bear in mind a geopolitical cost of its dependence of the Russian natural gas. Thus, the Turkish-Russian relations crisis of 2015 with violations of Turkish airspace, the harassment of Turkish fighter jets, and significant attacks on Turkish-supported Syrian rebel forces is very bright example.

For the rest European countries through which the route of the TurkStream should be laid down it means growing dependence on Russian economic leverage and gas weapon. If Nord Stream 2 and TurkStream 2 are realized, Gazprom will obtain possibility to manipulate volumes of gas and routes of supply.

If you see a spelling error on our site, select it and press Ctrl+Enter
Tags:EuropeenergyUSAGazpromTurkeygassecurityNordStream2gastransitTurkStreampipelinesdependence